Cosby case: Huge gender divide in how men and women view the case

The gender fault line, not legal niceties, is foremost in the minds of locals near the Norristown courthouse where the opening shots in the case against comedian Bill Cosby will take place during a hearing scheduled for Tuesday morning.

At issue is whether or not Commonwealth v. William Henry Cosby Jr. should proceed at all, given:

• The long passage of time, and

Those questions, which could derail the case before it begins in earnest, meant little or nothing to Norristown residents on Saturday.

Cosby, 78, stands accused of drugging and sexually assaulting a former Temple University employee, Andrea Constand, in his Cheltenham, Montgomery County, home more than 12 years ago, part of a pattern of alleged behavior going back decades and involving more than 50 women. Even the salacious underlying allegations are only occasional topics of conversation, according to Cori Wagner, a waitress at Main St. Café, a few blocks from the courthouse.

No, the real talk of the town is about what an awful job that Norristown, the careworn seat of the county, has done clearing the 30 inches of snow that fell last week – a task still incomplete on Saturday.

Cosby and the coming media hoopla, on the other hand, are just distant seconds when it comes to discussion topics, according to Wagner.

“But that will probably change on Tuesday, especially if it is on the news,” added Wagner, a 30-year-old Norristown resident who wore a T-shirt reading “Not a morning girl” as she served up coffee and traded banter with a counter of regular customers.

“We have our morning debates. Couple are for Cosby. A couple against," she said. “It’s the men who are for Cosby. Most of them say, ‘It’s so long ago.’ The women don’t agree. Me? I don’t think what he did should be allowed.”

Michelle Jones, 24, also of Norristown, chimed in from a few seats down the counter.

“If he did it, what they say, they should hear it in court, even if it was 12 years ago," she said. "He shouldn’t get away with this. He got away with it for so long. He thought he could keep getting away with it."

She explained her view.

“It sounds like he had this planned out, with giving her (Constand) pills. His daughter (Erinn) was a drug addict and he gave this woman drugs? He’s a very sick man,” said Jones, a former drug addict herself.

“He has no compassion,” she added.

James Coleman, 55, saw it differently from his stool two seats down from Jones, with whom he was chatting.

“Look, this is a case that was already ‘solved,’ he said. "He paid for that."

Cosby, a Temple booster and the university’s most identifiable graduate, settled a civil suit brought by Constand on her allegations of drugging and forced sex for an undisclosed sum not long after the incident.

At Ken-Do’s Barber Shop, right next door, the largely male and African-American clientele viewed the case very differently from the women next door at the café.

Barber Richard Boughnight, for instance, knew that Constand, who is a lesbian, has said Cosby hit on her unsuccessfully twice before he allegedly drugged her and had forcible sexual contact.

“Why you keep coming back if you knowing he’s like that? She wanted something,” said the barber, his client nodding in agreement.

Nasir Fowler, a 34-year-old Norristown resident who was at the barbershop to socialize, is hoping to attend the hearing.

“I’ll be there. It will be a zoo,” he said as he waited in the shop, “where conversation is everything.”

Fowler seemed perplexed by how Cosby, a man of wealth – and formerly of prestige – had come to this juncture.

“So whether it was one woman or the 50 billion other women that they say it was, write a check. Don’t drug them to get sex...Ask what they want, write them a check, he said. "You don't need drugs when you have his checkbook."

“And besides, in the court of public opinion, he’s already dead. And he doesn’t have much left in the tank at his age,” he added. 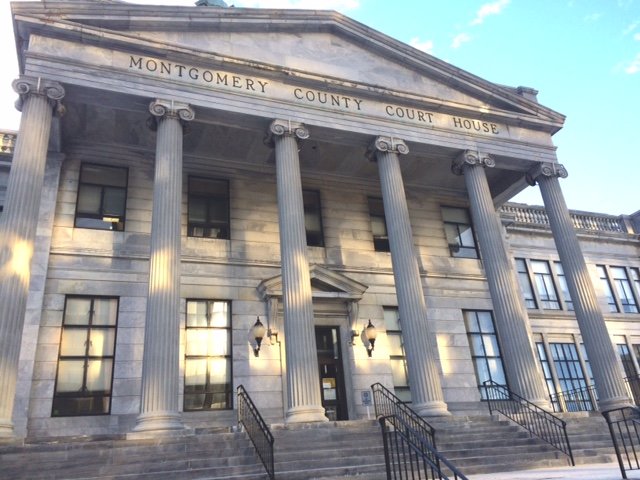 Mark Coleman, a lifelong resident of Norristown, walked Saturday past the courthouse where the hearing to consider if the case goes forward will take place. He said he was ambivalent about the Cosby case coming to his town.

“Life goes on. I could care less. I seen his a-- on Facebook, smiling. Okay, so he was into drugs and partying. But that case ain’t gonna go nowhere. That’s way too old,” Coleman said of Constand's allegations against her former mentor.

Clara Onyeijiaka, 23, was not aware that Cosby’s case would be heard Tuesday in the county courthouse when she walked by Saturday.

But now she hopes to get into the courtroom on Tuesday.

So do some members of the Philadelphia-area legal community, simply to watch the jousting between defense lawyer Brian McMonagle and Steele, the newly-elected Montgomery County district attorney.

Both are admired by their peers as top-flight professionals.

McMonagle, one of three lawyers representing Cosby, has filed a writ seeking to stop the case before it begins and also to remove Steele from the case.

Cosby’s lawyer contends there was an agreement shielding Cosby from criminal prosecution made by former District Attorney Bruce Castor.

Steele defeated Castor in the election for district attorney in November.

In the run-up to the election, Steele had targeted Castor in ads for not bringing criminal charges against Cosby on the Constand allegations. Castor is expected to testify in support of Cosby's contention that a criminal case should never happen.

On Tuesday, only the preliminary legal issues, such as immunity from prosecution, Steele, and timeliness, but not the meat of the case, will be considered.

Cosby was previously arraigned on the charges in Elkins Park, Montgomery County.