COVID-19 cases climbing again in Philly and Pennsylvania in October 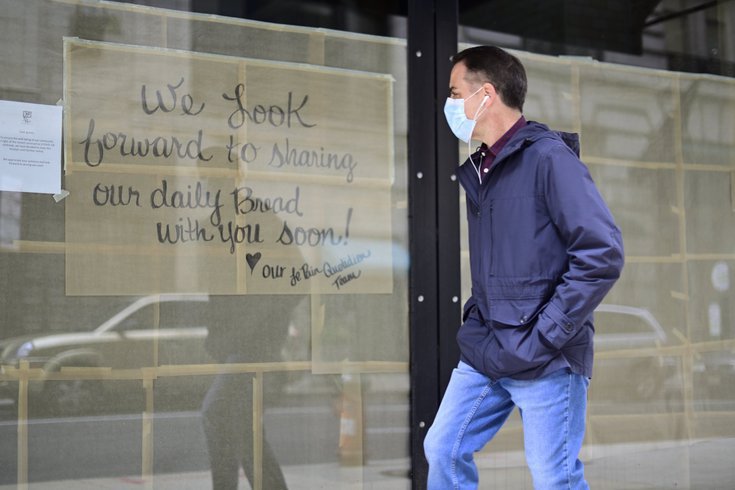 The number of people testing positive for COVID-19 is increasing in Philadelphia and the rest of Pennsylvania in October, following trends across the region and the rest of the United States.

The month of October has seen a steady and "concerning" rise in COVID-19 cases in Philadelphia and across Pennsylvania, leading officials to emphasize the need for vigilance in the weeks and months ahead.

By contrast, in mid-September, the city had hit its lowest rate of new cases since the start of the pandemic, recording about 67 per day at the time. Late last month, that number was still around 86 per day.

During the week ending Oct. 4, based on the date of sample collection, Philly averaged about 110 cases per day and a test positivity rate of 3.4% — both notable increases that appear to be trending upward.

"The reason for this increase in case activity is not entirely clear," Health Commissioner Dr. Thomas Farley said earlier this week. "We do know that we are seeing clusters and spread on college campuses in the city."

Farley mentioned spread at Temple, Jefferson University's undergraduate campus, St. Joseph's University, and some at Drexel University and the University of Pennsylvania.

"We're also seeing increases in other age groups — not the college age group — and in other areas of the city," Farley said. "Particularly in the Far Northeast. It's less clear why we're seeing this transmission there."

It does not appear that there have been any clusters of cases in K-12 schools, most of which are still operating virtually. The School District of Philadelphia plans to shift to a hybrid model beginning on Nov. 17.

"The overall message now, in view of the increasing cases we're seeing in Philadelphia and what's happening around us, is that risk is increasing right now," Farley said. "People should be especially concerned and especially focused on wearing masks to protect yourselves and protect the people around you."

Farley previously expressed fear that the cold weather months would see growing case numbers, because of the propensity for more respiratory infections and because of the particular behavior of SARS-CoV-2.

As a whole, Pennsylvania reported 1,380 new cases of COVID-19 on Friday, continuing an upward trend across the state. Between Oct. 2 and Oct. 8, Pennsylvania totaled 7,805 new cases.

"We know that congregation, especially in college and university settings, yields increased case counts. The mitigation efforts in place now are essential to flattening the curve and saving lives," Secretary of Health Dr. Rachel Levine said. "Wearing a mask, practicing social distancing, and following the requirements set forth in the orders for bars and restaurants, gatherings, and telework will help keep our case counts low."

Levine highlighted an alarming rise in cases in Berks County, which has seen 1,469 new cases coronavirus infections since the start of September. The state has opened a series of testing centers in Berks County to help identify cases and contain transmission.

Despite the influx of new cases, Pennsylvania implemented new gathering limits on Friday that are linked to the particular capacities of venues.

"We will closely monitor cases and outbreaks and if our case investigation and contact tracing efforts determine that events or gatherings are the source of an outbreak, we can and will dial back these new limits," Levine said. "Public health and safety are our first concern and will always remain as such."

The state continues to urge residents to download its COVID-19 contact tracing app to receive alerts about potential exposure to the virus.