COVID-19 testing site at Citizens Bank Park to shut down 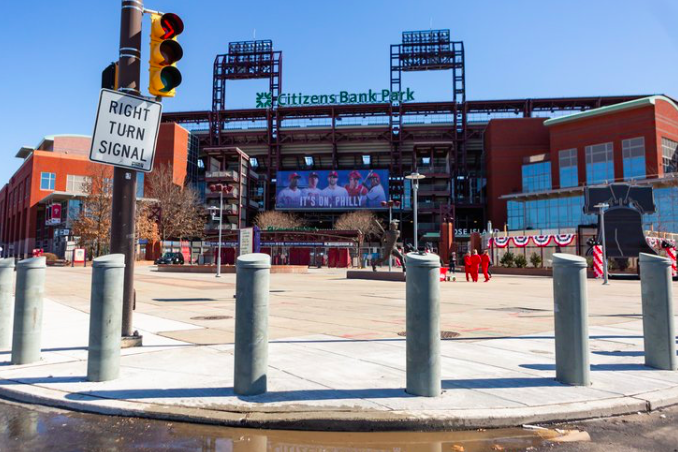 A testing site for COVID-19 at Citizens Bank Park in South Philadelphia will close for good at 6 p.m. on Friday, April 10, 2020. Those resources will be distributed to other coronavirus testing locations in the city.

The drive-thru COVID-19 testing site opened March 20 with support from federal and state partners in emergency management. It was created to provide testing for health care workers and people over the age of 50.

"The federal government has sites like this all over the region and — for all I know — all over the country," Farley said. "The federal government is ending its participation as of Friday. We could have continued that site. We felt that actually, it's better to use the assets we had and distribute them across many other sites in the city of Philadelphia. We think we can continue to have good access and not have it be concentrated at that one site."

Only about 10% of the city's completed tests were administered in South Philly, Farley said. The Citizen's Bank Park site had been closed several times due to inclement weather and demand had been falling there in recent days.

Philadelphia is operating a testing site in Center City and has shut down the area surrounding 13th and Walnut Streets. That site is entirely run by Philadelphia with its own resources and remains dedicated to health care workers and those who work in congregate settings, like homeless shelters and prisons. Appointments there are available by referral only and can be set up by calling (267) 491-5870.

More than 20 other testing sites run by hospital systems and private organizations across the region continue to provide coronavirus tests with physician referrals.

Philadelphia's total count of COVID-19 cases increased by 539 people on Monday to 3,728 cases total, including 45 deaths. Among those who have died, 18 were residents of long-term care facilities.

Across the region, 887 people have been hospitalized for complications from the coronavirus. Philadelphia hospitals had 495 COVID-19 patients as of Monday, including one prison inmate in need of intensive care. The city has recorded 54 cases of COVID-19 among inmates.

At the Liacouras Center in North Philadelphia, where the city has set up a field hospital, officials now plan to keep recovering coronavirus patients there who are no longer in need of acute care, Farley said.

"This could be sort of a step-down unit for them during the few days when they don't need to be in an acute hospital, but they can't go home," Farley said.

After the U.S. Surgeon General commented that this coming week will be the nation's "Pearl Harbor" or "9/11" with respect to the coronavirus pandemic, Farley was careful not to promote a false sense of security.

"I don't think anybody can predict when it's going to top out," Farley said. "I don't think we should be believing for certain that this is going to top out within a week, and it's going to get better after that. I hope that's true, but there's a lot of uncertainty around this. I would simply say, it's getting worse, and we're going to watch it closely. We've got a good plan in place and when things start to get better, we'll make sure everybody knows that."