Sabizabulin cuts the risk of death in half for patients hospitalized with the coronavirus, research shows. But some scientists say more studies are needed 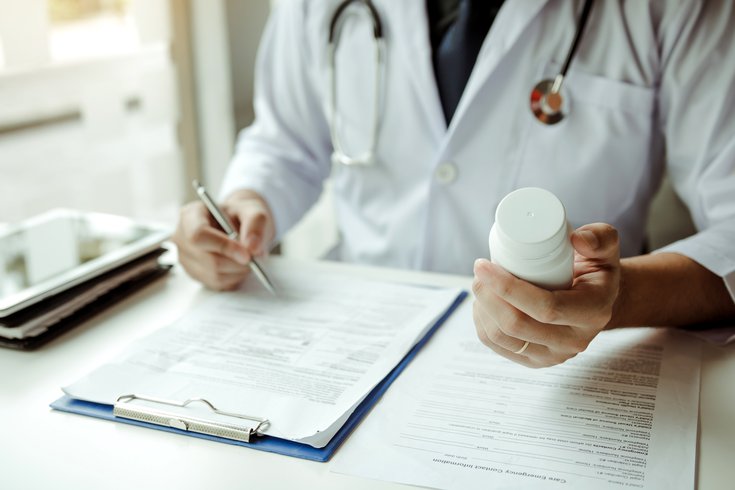 The drug sabizabulin appears to reduce the risk of death among people hospitalized with COVID-19 better than other treatments. But some scientists say more studies are necessary.

A drug originally developed to treat cancer patients may significantly reduce the risk of death among hospitalized COVID-19 patients, a new study suggests.

In a late-stage trial, Veru Inc.'s sabizabulin was given to 134 adults hospitalized with COVID-19 who also had an underlying condition that put them at high-risk for severe disease. Twenty percent of the patients given the drug died compared to 45% of the patients in a placebo group that received the current standard of care.

The strong results — cutting the risk of death in half — led the company to stop the trial early and seek emergency use authorization from the U.S. Food and Drug Administration. The findings were published in the New England Journal of Medicine.

Sabizabulin may possibly better reduce the risk of death than other treatments given hospitalized COVID-19 patients, such as the steroid dexamethasone and the antiviral remdesivir.

"We have battled this pandemic for two and a half years now, and we are still in desperate need for an effective treatment like sabizabulin to significantly reduce deaths in hospitalized COVID-19 patients," said Dr. Alan Skolnick, the study's principal investigator.

If authorized, the drug would add to a growing number of therapies being used to fight COVID-19. There are now treatment options available for people who are early in the disease's progression and those who have been hospitalized.

Yet, some outside experts say it is too soon to draw conclusions about the effectiveness of sabizabulin as a treatment for COVID-19. Because the trial was small, larger studies are needed before the drug's true efficacy can be determined, they say. Additionally, the large number of deaths in the placebo group may exaggerate the benefits of sabizabulin.

"Overall, I think this is very exciting, although I would welcome larger and independent confirmatory studies," Dr. Ilan Schwartz, an infectious disease expert at the University of Alberta, told The New York Times.

Veru released a statement saying it has "scaled up manufacturing" of the drug so the company can meet the demand if it is authorized. Sabizabulin is given as a 9-milligram, daily pill that patients take until they are discharged from the hospital.

Ten years ago, researchers at the University of Tennessee began to study the drug as a way to treat prostate cancer and melanoma. Sabizabulin has been shown to block cells from building microtubules, which are molecular cables that allow material to be transported from one part of a cell to another.

Because cancer cell growth depends on these microtubules, the researchers hypothesized the drug could slow down the growth of tumors. Then two years ago, the researchers at Veru investigated whether it could also prevent coronavirus replication, which also depends on the microtubules. They also wanted to see if the drug could reduce lung inflammation in COVID-19 patients.

They first studied the drug in mouse cells in early 2020 and then within a few months began human studies. In May 2021, Veru announced the first patient enrollment in its Phase 3 trial.