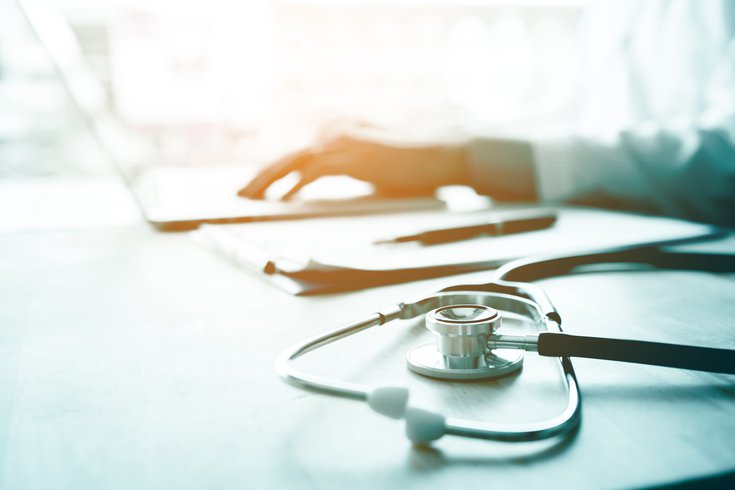 Health insurers now must post on websites every price they’ve negotiated with providers – with the exception of those paid for prescription drugs. The data release could affect future prices and how employers contract for health care.

Consumers, employers, and just about everyone else interested in health care prices will soon get an unprecedented look at what insurers pay for care, perhaps helping answer a question that has long dogged those who buy insurance: Are we getting the best deal we can?

As of Friday, health insurers and self-insured employers had to post on websites just about every price they've negotiated with providers for health care services, item by item. About the only thing excluded are the prices paid for prescription drugs, except those administered in hospitals or doctors' offices.

The federally required data release could affect future prices or even how employers contract for health care. Many will see for the first time how well their insurers are doing compared with others.

The new rules are far broader than those that went into effect last year requiring hospitals to post their negotiated rates for the public to see. Now insurers must post the amounts paid for "every physician in network, every hospital, every surgery center, every nursing facility," said Jeffrey Leibach, a partner at the consulting firm Guidehouse.

"When you start doing the math, you're talking trillions of records," he said. The fines the federal government could impose for noncompliance are also heftier than the penalties that hospitals face.

Federal officials learned from the hospital experience and gave insurers more direction on what was expected, said Leibach. Insurers or self-insured employers could be fined as much as $100 a day for each violation, for each affected enrollee if they fail to provide the data.

"Get your calculator out: All of a sudden you are in the millions pretty fast," Leibach said.

Determined consumers, especially those with high-deductible health plans, may try to dig in right away and use the data to try comparing what they will have to pay at different hospitals, clinics, or doctor offices for specific services.

But each database's enormous size may mean that most people "will find it very hard to use the data in a nuanced way," said Katherine Baicker, dean of the University of Chicago Harris School of Public Policy.

At least at first.

Entrepreneurs are expected to quickly translate the information into more user-friendly formats so it can be incorporated into new or existing services that estimate costs for patients. And starting Jan. 1, the rules require insurers to provide online tools that will help people get upfront cost estimates for about 500 so-called "shoppable" services, meaning medical care they can schedule ahead of time.

Once those things happen, "you'll at least have the options in front of you," said Chris Severn, CEO of Turquoise Health, an online company that has posted price information made available under the rules for hospitals, although many hospitals have yet to comply.

With the addition of the insurers' data, sites like his will be able to drill down further into cost variation from one place to another or among insurers.

Everyone will know everyone else's business: for example, how much insurers Aetna and Humana pay the same surgery center for a knee replacement.

The requirements stem from the Affordable Care Act and a 2019 executive order by then-President Donald Trump.

"These plans are supposed to be acting on behalf of employers in negotiating good rates, and the little insight we have on that shows it has not happened," said Elizabeth Mitchell, president and CEO of the Purchaser Business Group on Health, an affiliation of employers who offer job-based health benefits to workers. "I do believe the dynamics are going to change."

Other observers are more circumspect.

"Maybe at best this will reduce the wide variance of prices out there," said Zack Cooper, director of health policy at the Yale University Institution for Social and Policy Studies. "But it won't be unleashing a consumer revolution."

Still, the biggest value of the July data release may well be to shed light on how successful insurers have been at negotiating prices. It comes on the heels of research that has shown tremendous variation in what is paid for health care. A recent study by the Rand Corp., for example, shows that employers that offer job-based insurance plans paid, on average, 224% more than Medicare for the same services.

Tens of thousands of employers who buy insurance coverage for their workers will get this more-complete pricing picture — and may not like what they see.

"What we're learning from the hospital data is that insurers are really bad at negotiating," said Gerard Anderson, a professor in the department of health policy at the Johns Hopkins Bloomberg School of Public Health, citing research that found that negotiated rates for hospital care can be higher than what the facilities accept from patients who are not using insurance and are paying cash.

That could add to the frustration that Mitchell and others say employers have with the current health insurance system. More might try to contract with providers directly, only using insurance companies for claims processing.

Other employers may bring their insurers back to the bargaining table.

"For the first time, an employer will be able to go to an insurance company and say, 'You have not negotiated a good-enough deal, and we know that because we can see the same provider has negotiated a better deal with another company,'" said James Gelfand, president of the ERISA Industry Committee, a trade group of self-insured employers.

If that happens, he added, "patients will be able to save money."

That's not necessarily a given, however.

Because this kind of public release of pricing data hasn't been tried widely in health care before, how it will affect future spending remains uncertain. If insurers are pushed back to the bargaining table or providers see where they stand relative to their peers, prices could drop. However, some providers could raise their prices if they see they are charging less than their peers.

"Downward pressure may not be a given," said Kelley Schultz, vice president of commercial policy for AHIP, the industry's trade lobby.

Baicker, of the University of Chicago, said that even after the data is out, rates will continue to be heavily influenced by local conditions, such as the size of an insurer or employer — providers often give bigger discounts, for example, to the insurers or self-insured employers that can send them the most patients. The number of hospitals in a region also matters — if an area has only one, for instance, that usually means the facility can demand higher rates.

Another unknown: Will insurers meet the deadline and provide usable data?

Schultz, at AHIP, said the industry is well on the way, partly because the original deadline was extended by six months. She expects insurers to do better than the hospital industry. "We saw a lot of hospitals that just decided not to post files or make them difficult to find," she said.

So far, more than 300 noncompliant hospitals received warning letters from the government. But they could face $300-a-day fines for failing to comply, which is less than what insurers potentially face, although the federal government has recently upped the ante to up to $5,500 a day for the largest facilities.

Even after the pricing data is public, "I don't think things will change overnight," said Leibach. "Patients are still going to make care decisions based on their doctors and referrals, a lot of reasons other than price."