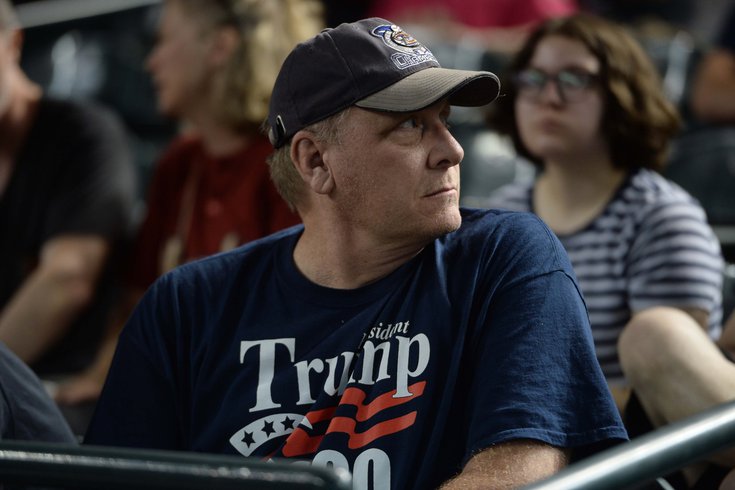 Curt Schilling deactivated his Twitter account after a feud with with Cincinnati Reds pitcher Trevor Bauer and other comments about NASCAR driver Bubba Wallace. Schilling's social media activity has gotten him in trouble in the past, including his dismissal from ESPN in 2016.

The outspoken conservative and Breitbart contributor, well-known for landing in hot water, disappeared from social media amid an argument with Cincinnati Reds pitcher Trever Bauer and a tirade about the FBI's investigation of a noose found in the garage of NASCAR driver Bubba Wallace.

Schilling, 53, entered the fray of a Twitter feud simmering between Bauer and retired baseball player Aubrey Huff. The two had been arguing about analytics. Bauer incorrectly suggested he a had a better Wins Above Replacement than Huff, who flashed his World Series rings as better measure of his success.

Bauer, who once played for the Cleveland Indians, was famously pulled from a 2016 playoff game because he had injured his pinky finger in a drone accident prior to the game.

Schilling, uninvited, weighed in on Bauer's WAR and his debacle in the American League Championship Series, which he mistakenly claimed took place in the World Series. Those tweets, along with Schilling's account, are now gone.

"I came out of the bullpen until 92 you dumb a**," Schilling said to Bauer in one tweet. "But you’re clearly too stupid to get it. No worries man, keep grinding for that 200 inning season. Maybe one year you’ll show up in October, when it really matters."

I mean, if you’re going to consistently attack today’s players for being less than you, at least get the timelines right ffs. My finger was fine in the WS. But don’t let facts get in the way of your bitterness towards today’s game I guess. https://t.co/0f6qBIMDOX

Also, we won the game in the ALCS that I had to come out of due to my finger so...you’re just wrong about everything here. Including my WAR. It’s not great. It’s good. Wouldn’t expect a buttcurt old man to understand that though. https://t.co/0f6qBIMDOX

Separately, Schilling compared the noose found in Wallace's garage to the infamous case of actor Jussie Smollet's staged beating. An FBI investigation determined that the rope had been in place at the garage since last October, long before the garage was assigned last week to Wallace, NASCAR's only Black driver.

Schilling joined a chorus of conservatives who described the incident as a hoax.

"So we have Jussie Smollett v 2.0?" Schilling tweeted. "Where is the media recanting their idiocy?"

Smollett, a former star on the TV series "Empire," had claimed two men who beat him up in Chicago shouted, "This is MAGA country!" during the attack. Those two men, who were brothers, later testified that Smollett paid them $3,500 to attack him. After charges against Smollett were initially dropped, a Cook County grand jury indicted him again in February on felony counts of filing false police reports.

"It was all a lie," Schilling added about Wallace in a second tweet.

Unlike the Smollett case, Wallace only became aware of the incident indirectly when he was told of the "noose" at his garage, as Kevin Kinkaid pointed out at Crossing Broad. While the media's handling of the event warrants scrutiny, Schilling's comparison ignores the particulars of the case in much the same way he claims members of the media did.

In an appearance Tuesday on CNN, Wallace expressed frustration that anyone would think he was somehow involved in the noose incident.

"I’m mad because people are trying to test my character and the person that I am and my integrity," Wallace told Don Lemon. "And, they’re not stealing that away, but they’re just trying to test that."

Schilling has a long history of getting himself into trouble with his abrasive politics. He was fired by ESPN in 2016 after sharing an anti-transgender meme, and had previously been suspended by the network for sharing similar content.

Many Twitter users rejoiced at the news of Schilling's exit.

i really didnt care about the Aubrey Huff vs Trevor Bauer twitter spat. Huff is a grade-A racist, but if it ended up hitting Curt Schilling with a ricochet and making him delete his twitter account well then thats just a cherry on top.

I missed what happened with Curt Schilling today. Is this the first time someone got in a twitter argument, said "delete your account" and then they actually deleted their account?

Whoa! Did @BauerOutage just humiliate Curt Schilling enough to get him to delete his Twitter account? This is madness.

Congrats, you managed to do what 85% of Twitter had tried and failed to: delete Curt Schilling

Schilling once said he aspired to run for President of the United States, so if he's using Donald Trump as any kind of role model, he's going to need that Twitter account back. A fresh start on Parler, a "free speech" social network, is unlikely to get him the kind of audience he can attack and actually have them see it.