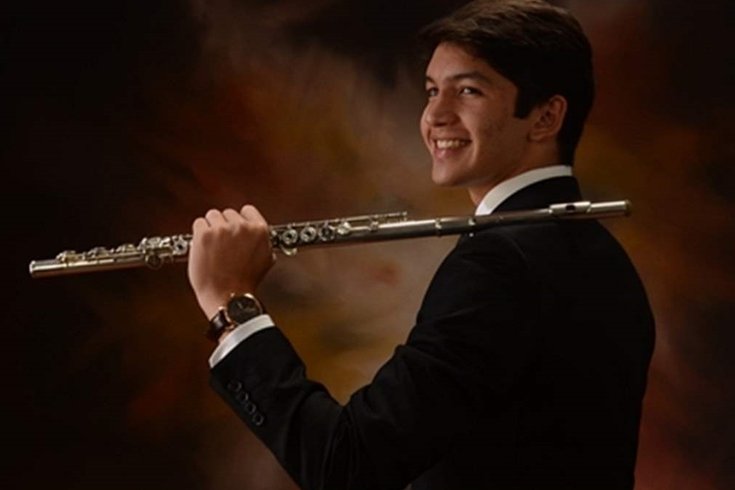 Alejandro Lambo, a flautist studying at the Curtis Institute of Music, is a winner of the 2019 Yamaha Young Performing Artists Program.

A flute student at the Curtis Institute of Music was named a winner of this year's Yamaha national music competition.

Alejandro Lambo, who is currently studying under the Philadelphia Orchestra's principal flutist Jeffrey Khaner, is originally from Miramar, Florida. He started playing flute at age 11 and was a member of the National Youth Orchestra of the United States from 2014 to 2016.

He has also served as principal flute in multiple side-by-side performances with the New World Symphony and, for four consecutive years, sat as the first chair in the Florida All-State Band and Orchestra, according to a news release.

Lambo has become one of more than 300 musicians honored by the Yamaha Young Performing Artists Program in its 31-year stint.

“For more than 30 years, the YYPA program has supported music education and helped foster the careers of young, aspiring musicians,” said John Wittmann, director of artist relations and education, Yamaha Artist Services. “We are thrilled to honor Alejandro for his remarkable talent at this phase of his music career and watch as he builds upon the YYPA legacy in his path to a promising future.”