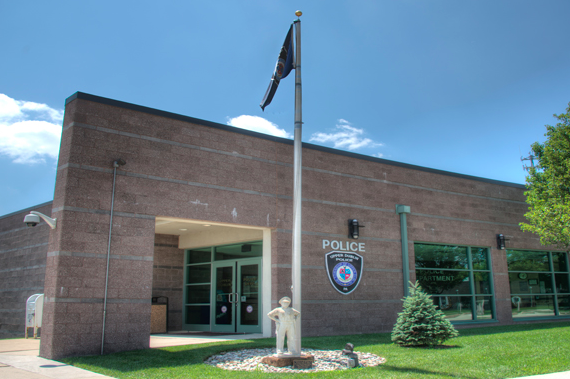 Several thousand dollars and various drugs were found to have gone missing from the evidence room of the Upper Dublin Police Department after a presiding detective's death prompted Montgomery County investigators to conduct an independent review, the district attorney's office said Thursday.

Offices at the Upper Dublin Police Department asked for the county to examine the evidence room following the Dec. 30 death of Detective Michael W. Gommer, 41, who took his life at his home while off-duty. He was a married father of four who coached youth sports and served as an instructor for local law enforcement departments and first-aid courses.

Investigators reviewed evidence for all cases initiated between 2010 and 2016, the period during which Gommer was in charge of the department's evidence room. The inspection revealed that $7,183.40 in cash and a variety of drugs—pills, cocaine, heroin and marijuana—went missing under Gommer's watch. The missing evidence affected 75 adult criminal cases and 12 juvenile cases, including 11 open cases. Attornies involved in these cases are now being notified by the district attorney's office.

No firearms or other evidence among thousands of items were found to be missing or tampered with during the period under review.

"The investigation by Montgomery County Detectives found that Gommer had a significant undetected drug issue, which led to his stealing from the evidence room," Montgomery County District Attorney Kevin Steele said in a statement. "This law enforcement officer was able to hide his addiction from many people around him. His death and the subsequent ramifications for this police department starkly illustrate that no one anywhere is immune to the drug problem we are facing as a society and in Montgomery County and no group in any community is untouched by the scourge of drugs."

As a result of the county investigation, Upper Dublin Township Deputy Police Chief Lee Benson has developed and implemented several new procedures to ensure the security of the evidence room, including the installation of four interior surveillance cameras and a new two-person, two-lock policy that requires two certified officers to be involved in every phase of evidence recording, management and disposal.

In cases that involve "high value property"—drugs, cash or weapons—a third officer from the department's upper command will now be required to ensure that proper procedures are followed.

Finally, a new bar-code based system for property room management has replaced the previous paper-based system.

"We could not be more proud of our police department—its outstanding service to the community, untiring devotion to justice and its resilience," said Upper Dublin Township Manage Paul A. Leonard. "Yet there is no dismissing the facts that what Detective Gommer did was wrong, that his addiction was real, and that we must all recognize that no organization, including a township police department, is immune from being touched by drug addiction."