No one was harmed by the alleged potassium cyanide dump, authorities say 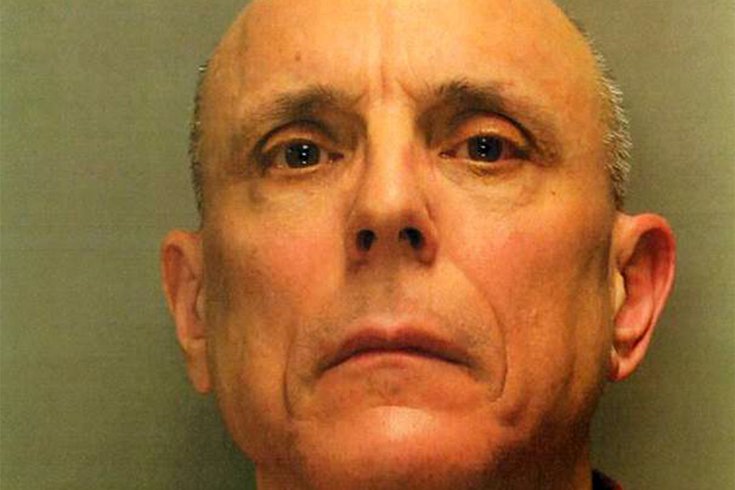 Richard O'Rourke, 60, of Warrington, who worked as an analytical chemist at Merck, is charged with Causing or Risking a Catastrophe and Theft after allegedly stealing 219 grams of potassium cyanide from a company laboratory.

A Bucks County chemist is accused of stealing more than 200 grams of a deadly chemical from his employer and later dumping it into a stormwater drain in Bucks County, authorities announced on Tuesday.

Montgomery County District Attorney Kevin Steele announced on Tuesday that Richard O'Rourke, 60, of Warrington, Bucks County, told authorities that he dumped 219.79 grams of potassium cyanide into a stormwater inlet in Bucks County in December after his employer at the time, Merck & Co., became suspicious that he had taken it and an investigation was launched. The lethal dose for potassium cyanide is 200-300 mg.

The alleged incident sparked a two-week period of testing and monitoring stormwater systems, outfalls, retention, waterways and their tributaries in the Philadelphia area earlier this winter, according to an affidavit from the Upper Gwynedd Township Police Department.

But officials said the significant rainfall that fell several days after O'Rourke allegedly dumped the chemical should have been able to flush it out of any stormwater inlet. The state Department of Environmental Protection concluded that the chemical would've been diluted and washed out, according to the affidavit.

Officials ended their investigation on Dec. 29 and say they found no evidence to suggest that potassium cyanide had contaminated drinking water or that the alleged dumping caused a toxic impact in any way.

O'Rourke was arrested and arraigned this week before Magisterial District Judge Suzan Leonard of Blue Bell, who set bail at $35,000. O'Rourke has since been released on bail and is scheduled to appear for a court hearing on March 6.

He is charged with causing or risking catastrophe, theft, receiving stolen property and related offenses.

According to the affidavit, O'Rourke allegedly told police that he had taken the potassium cyanide home from a Merck lab on Dec. 14 and planned to use it to poison rodents on his property. A colleague at the pharmaceutical company witnessed O'Rourke taking the poisonous chemical and told the company, which then notified the DEP, police said.

After he had been told to leave the Merck facility in Montgomery County the next day after the company was told of the alleged theft, O'Rourke allegedly drove home, took the Nalgene bottle containing the chemical and drove around during a snowfall to find a place where he could dispose of the potassium cyanide, police said.

According to the affidavit, O'Rourke told police that he dumped all of the contents inside the Nalgene bottle into a storm drain. Police say that because it was snowing heavily at the time, he did not know where exactly he had dumped it.

Records show O'Rourke's cellphone accessed six cell towers in a 50-minute timespan that afternoon as he drove west in an area bordered by County Line and Street roads between Second Street Pike (Route 232) and Easton Road (Route 611), a 7.60-square-mile area in Warminster and Upper Southampton.

Depending on where the chemical was allegedly dumped, it would've been discharged to either Neshaminy Creek or Pennypack Creek, police said.

Aqua PA, which uses Neshaminy Creek as a water supply, shut down its water intake station in Perkiomen and was on "high alert" while officials tested the water. Pennypack Creek runs into the Delaware River and is used by the Philadelphia Water Department, which was also on alert.

Water was tested at intake stations overseen by both utilities.

Although officials say no one was harmed from the alleged incident, research from the Delaware River Basin Commission found that in a worst-case scenario, dumping that amount of potassium cyanide would've posed "a real threat to the downstream drinking water intakes and aquatic life," according to the DEP.

"The immediate and decisive action by the Pennsylvania DEP and the collaborative efforts by law enforcement agencies were key to assuring that no one was harmed by the cyanide dump. The significant rainfall helped as well," Steele said in a statement. "It is concerning that someone was able to remove such a poisonous chemical, but thankfully through an immediate and swift response by many people, nobody was hurt."

O'Rourke joined Merck in 1990 and worked there as a senior analytical chemist, according to police. He did not handle the chemical as part of his job duties, police said.

In an interview with police, O'Rourke allegedly said he didn't intend to use the chemical "to hurt anybody so I didn't think it would be that big of a deal." He also allegedly said that he thought dumping the potassium cyanide into a stormwater inlet was safe because the water would dilute the chemical.

The press release and police affidavit can be found here.