'This is an unneccessary distraction' mayor-elect tells PhillyVoice exclusively 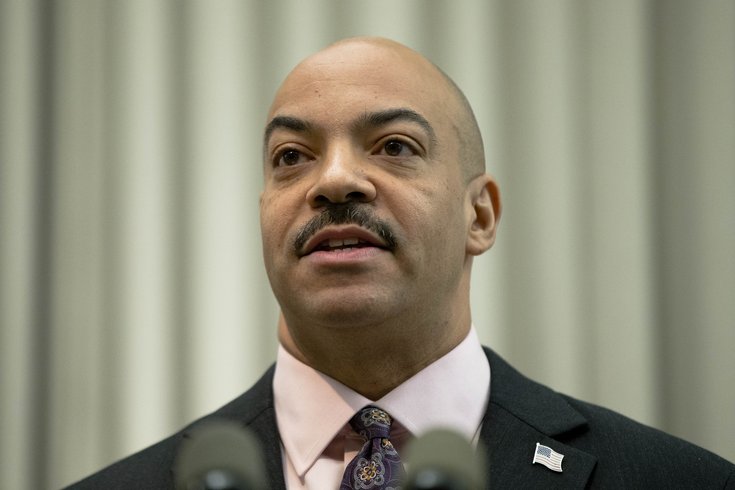 Philadelphia District Attorney Seth Williams still needs to do more to address the lingering Porngate issue in his office, Mayor-elect Jim Kenney said Saturday in an exclusive interview with PhillyVoice.

The mayor-elect's remarks come a day after Williams demoted three top staff prosecutor's to lesser, non-supervisory positions – one in a series of measures he's taken that have not silenced his critics in the drawn out drama that has its roots in the Pennsylvania Attorney General's Office.

"Obviously this is an unceccessary distraction," for that office, Kenney said.

"Pornography, misogony and racism have no place in society, let alone in that office," Kenney said. "Something needs to happen." 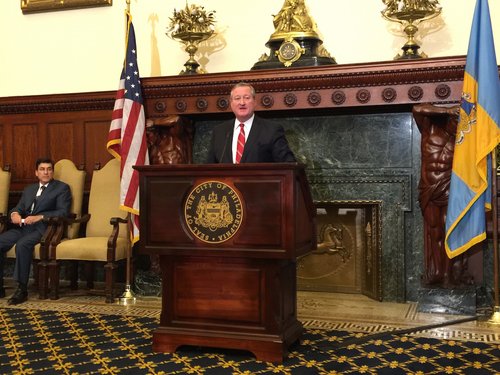 Kenney (pictured in a file photo to the left) pointed out that Williams is an independent elected official. And said he understands Williams is "torn between loyalty to his employees and public outrage."

"He'll have to make a decision," about how to move his office ahead, Kenney said.

He added he considers Williams a friend, but has not discussed the issue with Williams yet.

A message sent to William's spokesperson by PhillyVoice was not immediately responded to Saturday afternoon.

Under external pressure from female members of Philadelphia City Council and women's groups, Williams had previously sent the three prosecutors – Frank Fina, Pat Blessington and Marc Costanzo – to sensitivity training for a day after a period of foot-dragging.

The three attorneys had been employed in the Pennsylvania Attorney General's Office, first under former Attorney General Tom Corbett (prior to his election as governor) and were still working there when Kathleen Kane was elected.

When she undertook an investigation into why the office under Corbett had taken so long in pursuing the child sex abuse case again former Penn State assistant football coach Jerry Sandusky, a trove of smutty, racist and misogynistic emails were discovered. These email had been received – and in some cases sent – by Fina, Blessington and Costanzo using state office computers to a circle of government employees and even Pennsylvania Supreme Court judges.

Meanwhile, a case against Kane developed alleging she improperly disclosed grand jury material, then lied about in, leaks to a reporter.

Kane has contended that case was brought only because she had uncovered the daisy-chain of emails and began to expose those involved.

Fina, Blessington and Costanza took jobs in the Philly DA's office as the feud took off.

First her contention had little traction. Indeed, some of the emails are simply offensive. Others featured women on their hands and knees in mock-motivational posters and others showed African Americans labeled as "hot ghetto mess."

But the outcry from critics – State Sen. Anthony Williams and Philadelphia's City Council among them – over the men's continuing employment in a sensitive law enforcement office has grown louder, rather than quieter.

Williams has said he will not fire the three men because the emails were not sent when they worked for him.