By Brian Hickey and Daniel Craig 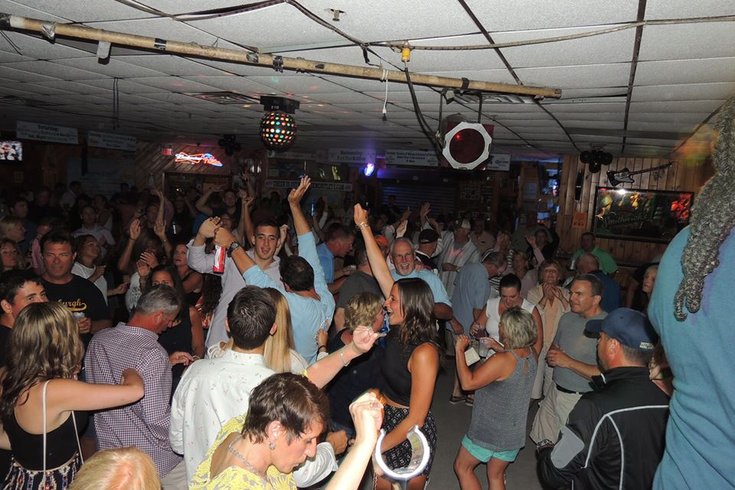 Brian Hickey: As a follow-up to Friday’s definitive list of Jersey Shore towns, my associate Daniel Craig and I decided to rank the bars in Sea Isle City according to awesomeness.

There are caveats here: Commodore Club, The Pour House, The Lobster Loft and Doc McGrogan’s Oyster House are excluded as I’m not familiar with (or clearly remember) their offerings (lived there from ’96 to ’00). Also, I spent much more time partying at The Princeton across the bridge in Avalon than at most of these spots. Otherwise, this, too, is a definitive list.

Craig: At the still-young-and-dumb age of 24, I admittedly don’t have as much experience as Hickey in the Sea Isle City drinking scene. That being said, I’ve been coming to Townsends Inlet since before I could walk over to Nickelby’s, and ever since my parents bought a house in 2012 (right before I turned 21), the bars in the undoubtedly-greatest Jersey Shore town have been regular stops. Echoing Hickey here, if your establishment of choice isn’t on my list, I simply haven’t spent enough time drinking in it.

Hickey: Shenanigan’s — The only thing I remember about that place is a bunch of dudes yelling “no cover here girls” from a rental across the street, and seeing their offer drunkenly accepted on several occasions. I mean, sure it doesn’t reflect the business itself, but it’s still the first thing that comes to mind. I wonder, though, is that the place that had Reggae Wednesdays? I don’t remember. If it was, that was rather enjoyable because, well, let’s leave it at that.

Craig: Ocean Drive — Look, am I bitter about that time a girl spilled her mixed drink on me, ruining one of my favorite shirts? Or the time we almost got kicked out because my dumb friend kicked sand on some dude’s girlfriend? Sure, and none of that is Ocean Drive’s fault, obviously. But of all the dance bars in Sea Isle, this is where I’ve had the most irritating experiences. Deal with it, Jason Kelce.

Hickey: Henri’s Bar at Braca’s Café  — Order the 302. Hydrate non-alcoholically before you go to bed. You’re welcome. Not really a party-party scene, but still.

Craig: Busch’s Seafood Restaurant (RIP) — This now-closed restaurant/bar only makes the list because as newly-minted 21-year-olds who were staying in Townsends Inlet, this was the place we could walk to, buy an overpriced cocktail and feel like a fancy adult. I’ll take a wait-and-see approach to Doc Magrogan’s, which opens in the same spot this year.

Hickey: VFW Post 1963 — There’s no better way to thank the troops for their service than face-to-face, sipping on remarkably priced beverages. You may have to know somebody to get in, though; I don’t remember since every time I went there was during my locals phase. If that’s the case, get to know a local vet.

Craig: Kixx McNutley’s — I avoided going into the actual bars at McNutley’s the first few times I picked up beer at the connected liquor store, so my knowledge is limited. But since I’ve slowly started heading there more often, I’m starting to appreciate a place you where you can get sweaty dancing and stop for a beer at a makeshift bar in the parking lot.

Craig: O’Donnell’s Pour House — Good food, good beer and good specials. Nothing to complain about with the Pour House, which is an escape from the party spots. A lesser Dead Dog Saloon, if you will.

Hickey: (tied) — Sorry, but while La Costa Lounge and the Ocean Drive each has its particular charms, they’re pretty indistinguishable. Initially, the LA Lounge got the nod, but then I remembered the time the puke stench made me vomit. Kind of like how the thought of mixing (beer from) kegs and eggs does, and that’s the low-ceiling’d OD that hosts that, right? See, I don’t know. I’ve never been at the LA Lounge’s deck bar. I suspect if I have, it’d get ranked higher. These places are the same and only get the nod over Henri’s for bottle-breaking potential and no-shower happy hours.

Craig: La Costa Lounge — I’ll never forget munching on some “I really can’t afford these” lobster legs while having one of the most bizarre conversation with a random group twice my age at the outdoor deck at La Costa. Like Brian said, it’s similar to Ocean Drive, but for me, it’s the OD without the bad memories — and frankly, a much better outdoor space.

Hickey: Dead Dog Saloon — This spot’s the antithesis of its neighboring meat factories. Sure, you have to wear a collared shirt to gain entry, but that’s a small price to pay for not seeing your 20 millionth “Secret Service” show. A lot of magical moments come to mind when I think of the Dead Dog. (The annual party that bartenders-of-my-era Stu and Dennis threw at Mike’s Seafood were so memorable that I still wear T-shirts from the 1998, 1999 iterations on occasion.)

Craig: Shenanigan’s — First of all, Brian, It’s Reggae Tuesday. Second of all, if the charge against Shenanigan’s is that it resembles a college frat party for mid-twenty something’s on vacation, you’ll get no qualms from me. Look, we all have to grow up, but part of the fun of drinking in Sea Isle is escaping into nostalgia. And if forking over $5 to slurp on 302s while pumping my fists to the DJ’s music like I just finished my freshman finals is frowned upon, let your judgement rain down over me.

Hickey: The Carousel Beach Bar (as part of The Springfield Inn) — Drinking outside is fun. Drinking outside at The Carousel during the summer is a life-affirming experience. I wish I was writing this list at the Carousel right now, tbqh. Weekdays are markedly better (read: less overrun by lobster-shouldered Delco-ians.)

Craig: Dead Dog Saloon — It’s nice to be able to occasionally spurn the bro-infested rage drinking that litters Landis Avenue at night. What better way than being serenaded by an acoustic guitar while enjoying an actually decent draft beer? The elder statesmen and women of my family repeatedly said “You gotta go to Dead Dog” before I was of legal drinking age, and they were right.

Hickey: Kixx McNutley’s — A five-barred locals paradise. I often stopped in for Happy Hour en route home from my day job in Atlantic City. The Sensational Soul Cruisers let me get up on stage with them one time, as they are wont to do from time to time:

Regulars still called me “Scoop” on sight after I reappeared this winter after a 16-year hiatus and saw the expanded drinking area. Zero pretension at this spot. More accessible to the southern end of the island than the mid-town locales. I love this place (which is owned and operated by Lenny Desiderio, who just happens to be mayor). It is the best.

Craig: The Springfield Inn - The formula for a great beach bar is pretty simple: outdoor seating with sand, live music and somewhere to dance when the sun goes down. But achieving all three — and doing it well — is a bit tricky. Which is why The Springfield’s “no shower happy hours” right next to the boardwalk (aka The Carousel) and big space to bust a drunken move make it the best.