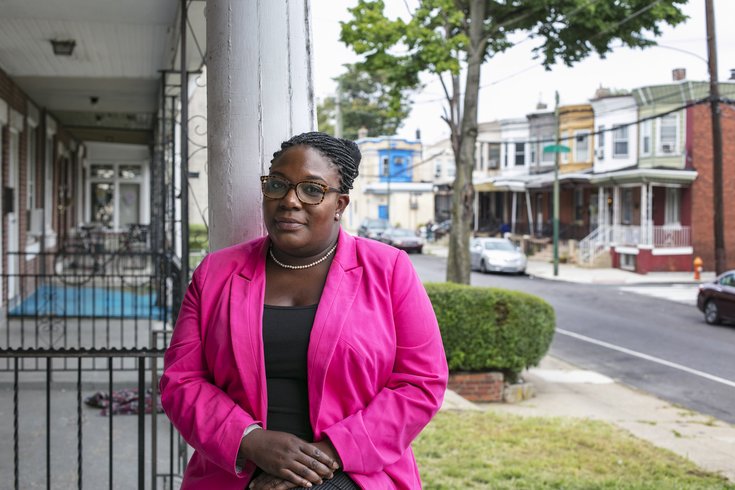 Historic wins for progressive candidates occurred across the Delaware Valley in Tuesday's elections, as voters turned away from electing conservatives in upsets across the region.

In Philadelphia, Kendra Brooks of the Working Families Party won an at-large council seat that has been held by Republicans, and most recently occupied by Al Taubenberger. Philadelphia City Council has seven at-large councilmembers. Five of those seats are held by members of the majority party, which historically has been the Democrats.

The remaining two are awarded to the top vote-getters among the minority party candidates. Until this election, those minority at-large seats have always been awarded to Republicans. On Tuesday, Brooks was the top non-Democrat with 55,599 votes, followed by incumbent Republican at-large Councilman David Oh with 49,700. Tuabenberger finished third with 44,084 votes.

Brooks is a single mother from Nicetown who received a wide array of support, including an endorsement presidential hopeful Sen. Elizabeth Warren. She is also the first candidate to win a City Council seat without affiliation to one of the two major parties.

Rochelle Bilal ran unopposed to become Philadelphia's first African-American female sheriff, after defeating incumbent Sheriff Jewell Williams in the primary in May. Bilal is a veteran of the Philadelphia Police Department, she is also the president of the Guardian Civic League and a secretary of a local NAACP chapter.

Delaware County's Democrats also scored historic wins. The biggest was Democrats Christine Reuther, Elaine Schaefer, and Monica Taylor winning three seats on county council, defeating all of the incumbent Republicans and turning the council blue for the first time since the Civil War.

In Chester and Bucks counties, Democrats won two seats on their respective county commissioner races, which flipped the balance of power of those suburban boards for the first time in years. And Democrat Deb Ryan will become the first female district attorney in Chester County after she defeated Republican Michael Noone.