Drew Morgan started the voting process six months in advance, and voted via a password-protected PDF 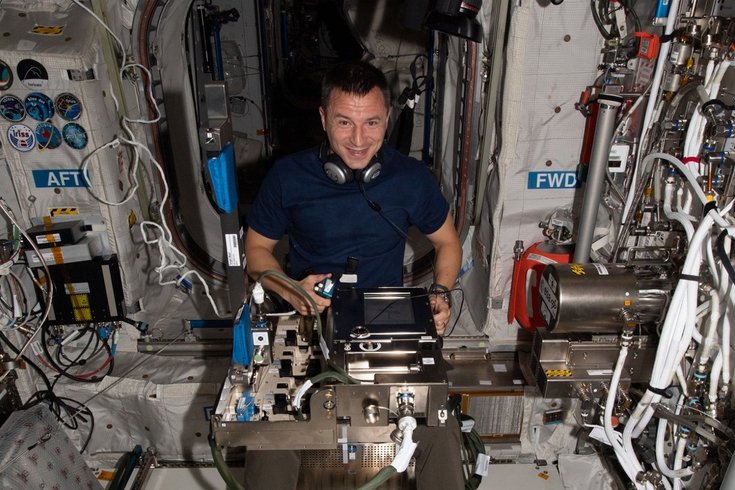 Drew Morgan, a rookie NASA astronaut currently living aboard the International Space Station, cast his votes in Tuesday's elections via absentee ballot from space, per the New Castle News. It took quite the process.

Morgan, a West Virginia native who attended high school in Dover, Delaware, currently resides in New Castle, Pennsylvania. His first-ever spaceflight began in late July, when he boarded a mission to the ISS to work as a flight engineer for three different expeditions across a nine-month assignment.

But Morgan still wanted to participate in his local elections, so he contacted the Lawrence County Department of Voter Services all the way back in May, according to the News. The address Morgan used for his absentee ballot request: International Space Station, low Earth orbit.

A three-man department then went about creating a PDF ballot for Morgan to fill out, including a copy that would be encrypted with a password that only Morgan would know, in order to keep his vote private. The PDF was sent in September, and Morgan returned the ballot with his votes, and a photo from his first space walk, on Oct. 10, according to the News.

Here's a look from that first space walk:

My first spacewalk was exhilarating. ⁣ ⁣ Installing the IDA-3 for future U.S. vehicles to dock to @iss was hard work. Special thanks to my crewmates Luca, @astrohague, @astro_christina and the tremendous ground team at @nasajohnson who made the mission a complete success!

Ed Allison, who has served as Lawrence County's director of Voter Registration and Elections for 11 years, told the News that Mogan's ballot was "certainly unique."

If Morgan managed to send in his ballot from space, and he started six months in advance, there probably isn't a good excuse for any Pennsylvania resident to miss out on casting votes.