The hardest working man in show business comes to town 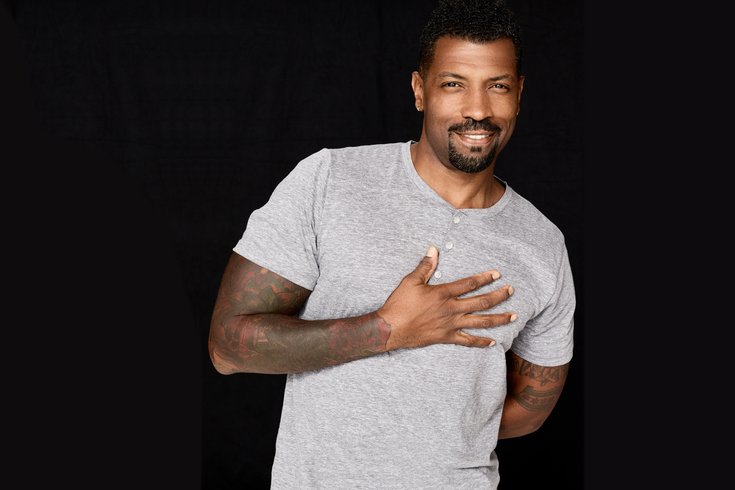 It’s hard to believe a basketball fan would not know Joel Embiid, but Deon Cole, who claims to be a hoop-a-holic, isn’t familiar with the Sixers MVP candidate.

“When you mentioned him I thought you were talking about someone in the “Black Panther” movie,” Cole admitted.

Forgive the entertainer for being oblivious since Cole is almost as ubiquitous as a Kardashian. The former ‘Conan” staff writer somehow co-stars in the hit sitcoms ‘Blackish,’ “Grownish” and “Angie Tribeca.”

When Cole, 46, is off the set he opts to work onstage as a stand-up.

“A lot of people have no idea that I’m a comedian,” Cole said. “Maybe it’s because I do so much TV, but I’ve been a stand-up longer than I’ve done anything.”

Television provides an escape for Cole. “I get to portray a character on the shows, but with my comedy, it’s me up there.”

Race is a subject, which often comes up in Cole’s comedy. “You have to be on point when you’re the only black person,” Cole said. “One time I was writing a script and I balled up the paper, shot it and missed. The other writers were like, ‘that’s why he works here.”

Cole laughed when asked about mining humor from his everyday existence. “I’m just sharing my experience onstage,” Cole said. “I’ll take something that happened to me and turn it into something funny.”

The Chicago native, who will perform Saturday at the Xcite Center at Parx Casino, has noticed that African-Americans in Hollywood today are prouder of their roots. “These days a lot of famous black people here are holding on to their blackness,” Cole said. “They’re embracing it. It didn’t use to be that way here. It was about crossing over. Look at OJ (Simpson). He got caught up in the mix. But now people are good about being black in this white world.”

And there is “Blackish,” which focuses on an upper-middle-class African American family. “'Blackish’ takes current topics and brings an awareness to them,” Cole said. “It’s a new day for black people.”

But what about the obvious collusion that is keeping Colin Kaepernick off of the football field due to the former NFL quarterback’s protests during The National Anthem. “That is bullcrap,” Cole said. “America knows how to keep you out if it wants to. Strides have been made, but when you look at the big picture, when you look at the White House and see Donald Trump, that’s white man’s power, pure and simple. Nothing is going to change with Donald Trump until he’s out of office. We can’t stand around here and complain. All we can do is vote next time and get him out of office.”

Cole has almost three years before he votes for President. “I’m fortunate since it looks like I’ll have a lot of work before then,” Cole said. “The great thing is that even if there was no television work, I would have stand-up. That’s what I started with, and I’m still as excited about getting up there and performing as I was when I was young.