Eagles' DeSean Jackson to Cowboys fanboy Skip Bayless: 'I'll shut yo a** up' 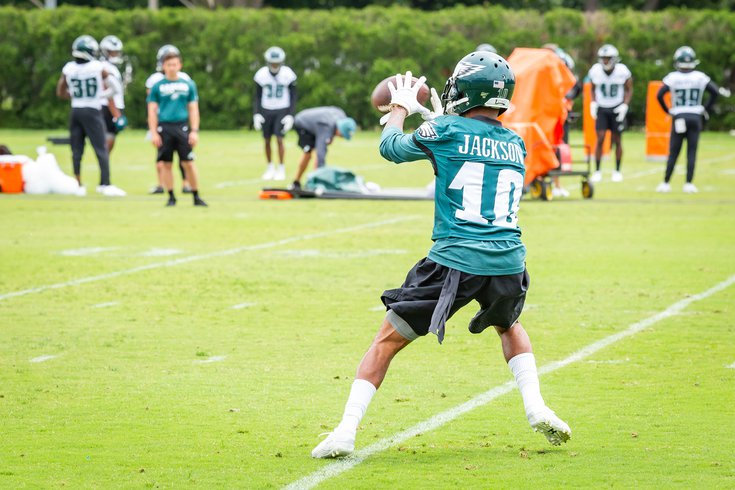 DeSean Jackson at an Eagles practice.

Philadelphia Eagles wide receiver DeSean Jackson has received nothing but the highest praise from coaches and teammates since returning to the organization in a trade this offseason.

By all accounts, the 32-year-old star and father has matured since his first stint with the Eagles. He wants to help this team win another championship and get himself a ring.

But if you get on DeSean's nerves, he's apparently still got that old fire in him.

Enter Skip Bayless, the FS1 host who routinely defies all logic to hate on the Eagles entirely because he's a Dallas Cowboys fan. On Thursday, Bayless and "Undisputed" co-host Shannon Sharpe had former Buccaneers defensive tackle Gerald McCoy on the show to talk about his recent signing with the Carolina Panthers.

While discussing the NFL landscape, Bayless pivoted the conversation to DeSean Jackson, identifying him as a player with "growing up problems" (never mind Jackson going out of his way to distribute food to the homeless in Philadelphia, how childish of him).

McCoy didn't take the bait to bash his former teammate.

Skip: Better team next year — the Dallas Cowboys or the Philadelphia Eagles?@Geraldini93: I'm going to have to go with Philly.

Skip: So are you suggesting that Carson Wentz is better than Dak Prescott?@Geraldini93: Yes. pic.twitter.com/hb2Fma67ob

"Carson (Wentz) just got a major weapon," McCoy said. "Djacc is going to hurt a lot of people's feelings."

Word of the exchange eventually made its way to DeSean Jackson, who was not pleased with Bayless. He posted the following response in an Instagram story. 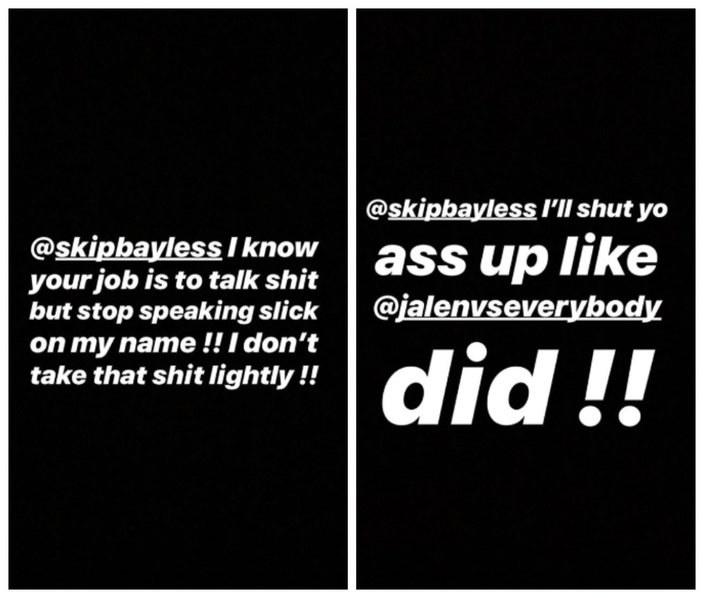 The reference to former NBA star Jalen Rose concerns an awkward 2012 exchange in which Rose called out Bayless for tweets that embellished his high school basketball career.


DeSean previously has been a guest on "Undisputed" and seems to more or less be friendly with Bayless. This is probably all just for show, but it certainly adds motivation for Jackson to help the Eagles bounce back against Dallas this season.

It sure looks like Wentz and Jackson are getting on the same page in practice.