Did the Orlando Magic reveal they would trade Aaron Gordon for Dario Saric? 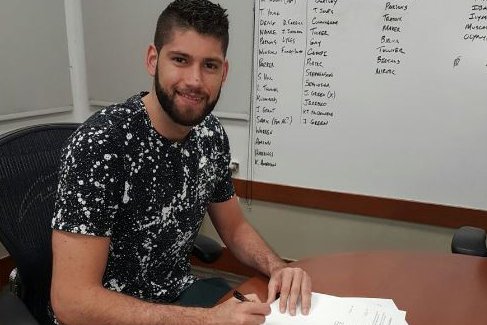 Hey, what is that on the whiteboard in the background?

About a year ago, the Philadelphia Union made a gaffe when fans took pictures of their “discovery list” (defined by our Kevin Kinkead as “a primitive MLS mechanism that basically allows teams to call dibs on a player for negotiating purposes”) on a whiteboard and they surfaced online. That’s why you always have to keep the blinds up, folks!

Zlatan was on that list. If you don’t know who Zlatan is, you’re missing out. But not really, because Zlatan is never going to play for the Union.

I only bring this instance up again only because something similar likely happened in the NBA on Monday. The Orlando Magic signed Argentinian swingman Patricio Garino to a contract, and his agent, in a proud moment, snapped a picture of Garino putting pen to paper. This is fairly standard operating procedure nowadays in our social media crazed world: 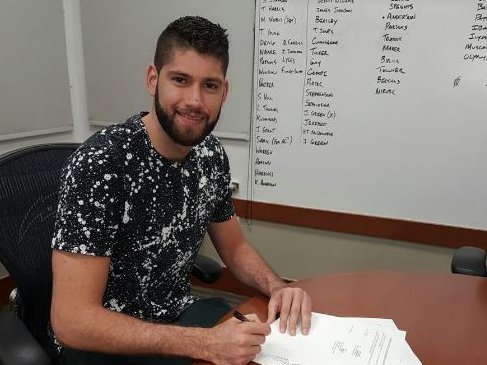 Seems harmless, right? Take a closer look at the pic: 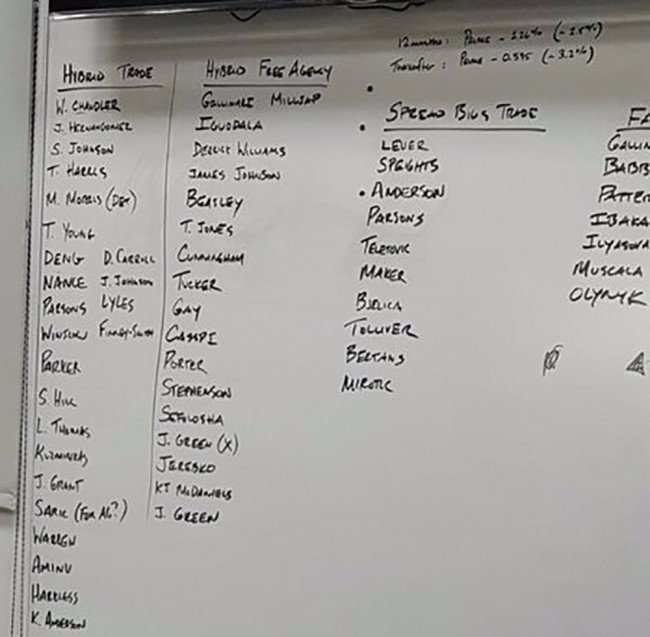 Oh, no. That seems to part of the Magic’s offseason plans, and while this would be embarrassing regardless, there are a whole lot of names on that board. Like, it would be silly to write a post titled “NBA Rumors: Magic interested in literally everyone.” With just those names, there are no specific moves laid out on that whiteboard.

Well, except one, and it involves the Sixers. Under the “hybrid trade” section there is a name that Sixers fans know and love: Dario Saric. And right after the Homie’s name, the board reads “For AG?” in parentheses. That would presumably mean Aaron Gordon, the athletic forward taken eight spots ahead of Saric in the 2014 NBA Draft.

If you’ll recall, the Magic initially drafted Saric while the Sixers selected Elfrid Payton (bluffing in the process) in a brilliant move that will certainly make Sam Hinkie’s Greatest Hits. The two teams swapped players while the Sixers also recouped a first-round pick that the previous regime had sent out.

And now it appears that the Magic might want to trade Gordon for Saric. Or maybe not, as we don’t exactly have a ton of context here (nor are the Magic going to provide any). Honestly, it doesn’t matter and there’s no need to start the “Saric for Gordon” rumors just yet.

For early April, normally a dead period in the schedule, this qualifies as a very entertaining story that only seems to happen in the NBA.