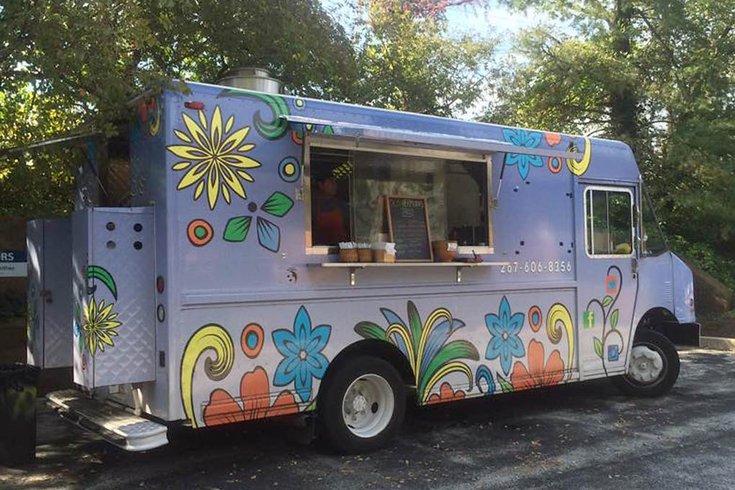 The Democratic National Convention kicks off Monday and right away delegates can get a taste of one of Philly’s most underrated dining traditions — food trucks.

Philly Feast, a food truck festival, will feed the masses on Monday from 11 a.m. to 3 p.m. at Third and Arch streets in Old City. More than 40 vendors will be dishing, including Baby Blues Barbecue, Dos Hermanos Tacos and Mac Mart – “Philadelphia's First & Only Mac'n cheesery.”

Live music will be performed by Julian King, Chill Moody, Philbilly and the B Street Band, and Philly and Lancaster vendors will offer clothes, jewelry and other crafts.

Check out the PhillyVoice Guide to the 2016 Democratic National Convention

“Philly Feast is going to be fantastic,” said Rob Mitchell, president of the Philly Mobile Food Association. “Philly Feast, with people outside and food trucks being front and center, has a better chance [to bring in money for the trucks] than the majority of people going into the [Wells Fargo Center] and the people passing the trucks by — it’s sort of out-of-sight out-of-mind.”

“Food trucks gives you the ability to try more local places. They’re small businesses operating the heart and soul of the food in the city.” – Ross Resnick, of Roaming Hunger

Mitchell said that Aramark Corp., the food provider for the Wells Fargo Center, where most of the nightly DNC events are being held, has asked for a daily rotation of food trucks outside. But Mitchell said the fee is $500 per day and 92 percent of the drink sales would go back to Aramark, leaving only eight percent of the revenue on drinks for the truck.

Philadelphia is home to at least 136 food trucks and food carts who are listed with Roaming Hunger, a catering business with a network of 9,000 food trucks across the country.

According to Mitchell, Philadelphia Parks and Recreation has waived the fee to encourage food trucks to vend Sunday through Thursday at Roosevelt Park on 20th Street and Pattison Avenue. FDR Park will be open to the public as a “free-speech” zone during the DNC, and the city expects as many as 30,000 protesters per day based on applications, according to information provided by food truck owner Gretchen Fantini.

“You’re getting a taste of a local business when you’re visiting a city — some of the best a city has to offer,” said Ross Resnick, founder of Roaming Hunger. “Food trucks gives you the ability to try more local places. They’re small businesses operating the heart and soul of the food in the city.”

Mitchell said he was surprised there weren’t more opportunities for them at DNC private parties and other events, where food trucks can earn most of their profits.

“It’s almost ironic that politicians claim to be small business friendly and then not have a whole lot of opportunities [for food trucks],” he said. “Food trucks were not utilized to the extent we could have.”

But Resnick said vendors expect to see a bit of a bump in revenue from the four-day convention.

“We’re hoping that the increase of people in the city for the DNC will balance out [the heat],” said Kiki Aranita and Chris Vacca, owners Poi Dog Philly, who added sweltering temperatures can almost be as detrimental to food truck business as pouring rain.

Just about everyone knows Philadelphia is the cheesesteak capital of the world. And many tourists know the beauty of Reading Terminal Market. But local foodies know some of the best Philadelphia dining experiences include Italian eateries, BYOBs and up-and-coming vegetarian restaurants.

The 950-plus establishments in Philadelphia are working hard to grab a slice of the expected $300 million infusion into the local economy from the estimated 30,000 to 50,000 people descending on the city.

To help drum up local engagement and assist the restaurants in showing off the best of Philly, the DNC also kicked off a social media campaign with the hashtag #DNCDeals for local restaurants to promote their themed cocktails or taco deals, and a slew of $20.16 meals like at Waffles and Wedges or Bufad Pizza.

According to Annie Heckenberger, director of digital for the DNC's host committee, convention planners have been reaching out to local restaurants for over a year encouraging participation in a vendor directory, which is used by party organizers.

Delegates are largely on their own for lunch and breakfast and will be leaving convention events around 11 p.m., so some places are adjusting their hours to accommodate.

Reading Terminal Market will be opening at 7 a.m., an hour early, to entice more customers during the convention, and many hotels hosting delegates are extending their usual restaurant hours.

For food trucks and restaurants who haven't been bought out, they are left to decide how to handle the uncertainty of how much the DNC will impact their business.

“There’s obviously going to be a lot of foot traffic in the city,” said Marti Lieberman, owner of the Mac Mart food truck. “We’re going to plan for a little bit of an elevated service, but we don’t want to go crazy and have a lot of food waste.”

Here's a full list of the food trucks participating in Philly Feast:

Cow and the Curd