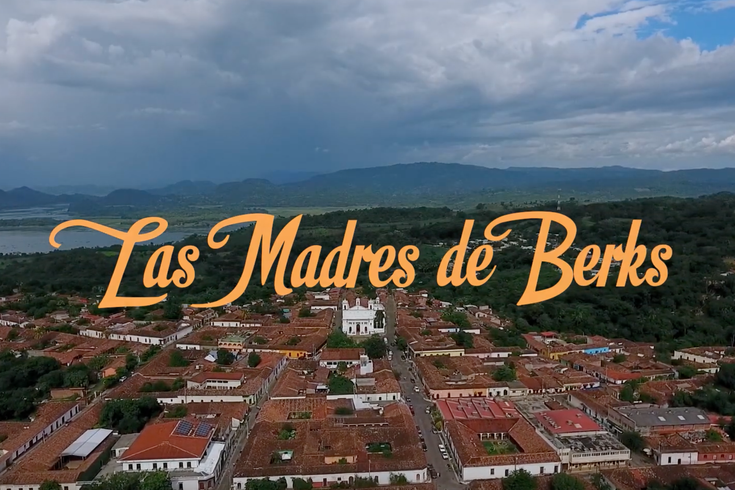 "Las Madres de Berks" focuses on four mothers who were detained at the Berks County Residential Center for two years.

Philadelphia-based artist Michelle Angela Ortiz released a trailer Thursday for her upcoming documentary about Berks County Residential Center, a prison and detention center in Leesport where immigrant families are held after being detained.

The documentary — titled "Las Madres de Berks", which will premiere in Reading on April 28 and will also have three screenings in Philadelphia, including one at South Philly Barbacoa — focuses on four mothers who were detained at the prison for two years, according to Ortiz.

You can watch the minute-long teaser trailer below:

Ortiz has spent a good chunk of this decade working in Pennsylvania to raise awareness about U.S. Immigrations and Customs Enforcement activity in the state, and in Philadelphia in particular.

Last fall, she organized the much-talked-about painting of eyes on the state capitol steps in Harrisburg:

And back in 2015, Ortiz partnered with the Mural Arts program for “We Are Human Beings”, which placed a message about immigrant rights in front of ICE’s Philadelphia headquarters:

Ortiz told the Philadelphia Citizen this week that she wants people who feel anger, sadness, or empathy when they see her pieces to be moved towards action:

“People think this is just either a Latino issue or a migration issue. But it’s on a larger spectrum. It’s a mass incarceration issue, it’s a human rights issue, it’s a child welfare issue. My work is trying to widen the lens of why many people should be involved instead of just a specific community.”

Ortiz was a recipient of a 2018 Pew Center for Arts fellowship.