Since trash cans were stolen, the dog poop has piled up in the environmentally-sensitive park 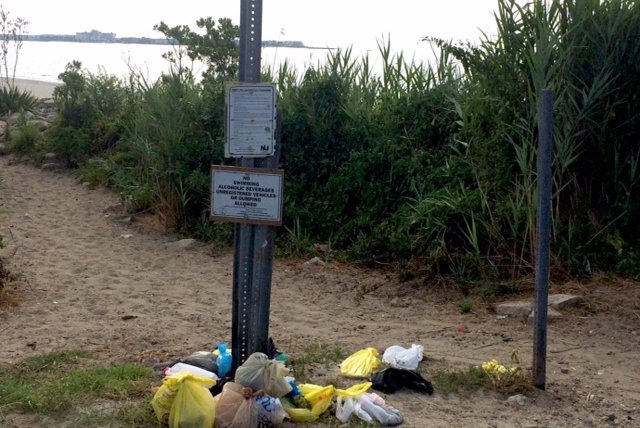 That’s what an environmentally-sensitive New Jersey Wildlife Management Area between Ocean City, Longport and Somers Point has become, according to visitors.

Locally, everyone knows it as “Dog Beach.”

For the past week or so, it may as well have been called “dog poop beach.” That’s because trash containers were stolen – chains cut and carted away – days ago, perhaps as long as two weeks ago.

In the meantime, lumbering layers of government bureaucracy have yet to replace the refuse containers. 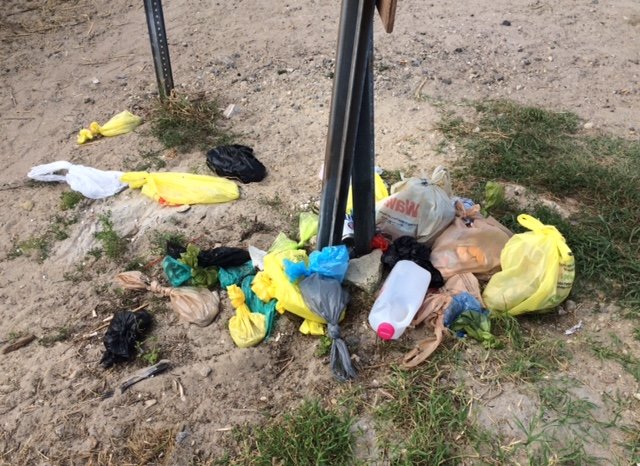 And while some visitors are following a sign that says “pack it out,” many visitors are simply dropping their plastic bags of dog poop at the spot as they leave.

With hundreds of dogs visiting the area on a weekend day, the dog poop has piled up.

Dog owner and Atlantic County Freeholder Alex Marino, who visited the park Sunday with his son and dog, said the conditions were “appalling.”

He said the Cape May County Bridge Commission – operators of the toll bridge into Ocean City from the causeway -- had maintained the trash collection at the area. 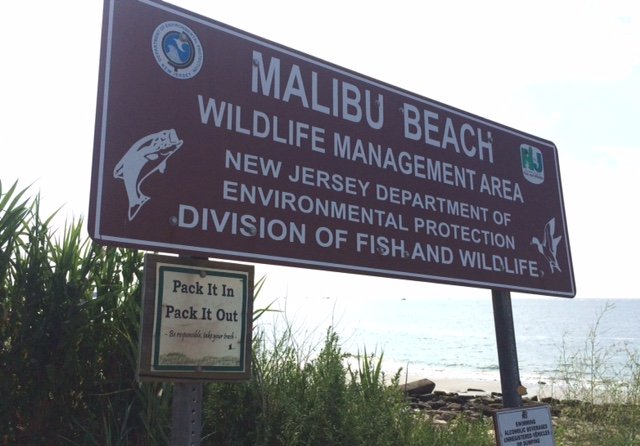 “This has bounced around for days,” said the employee.

But the employee could not answer why Cape May County collects trash across the border in Atlantic County. Nor could she say why replacement containers had not swiftly been installed.

A message to a Cape May County public works official was not returned.

Larry Hajna, a spokesman for New Jersey Department of Environmental Protection, said “poop on the beach” is unsightly, but not likely a health hazard – as long as people heed warnings not to swim on the unguarded beach.

While a portion of the beach is off-limits to dogs and humans – as a nesting habitat for threatened and endangered birds – he said he does not believe the Black Skimmers are nesting there this season.

Beach users Wednesday morning were disgusted with conditions at the beach and government's failure to so far to address it.

“People are dumping the waste,” said Ed McGrath, as he and his dog, Irish, headed back to their home in Somers Point.

McGrath was carting his dog’s waste out, but said, “That’s just the way people are,” shaking his head at the mound of refuse. 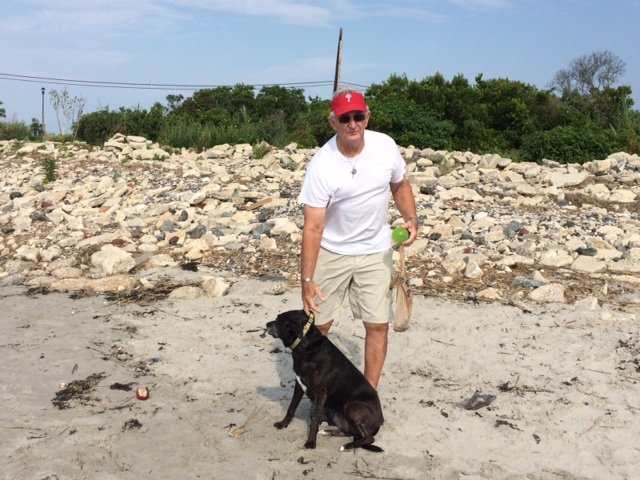 Ed McGrath and his dog, Irish, often come to Malibu Beach, which everyone locally calls dog beach, for a run. Until about two weeks ago, there were trash bins. Now visitors must carry the trash away with them -- except many simply abandon the poop bags.

Andrew and Meagan Benjamin of Newark, Del., were put off.  The beach was cleaner when they last visited two years ago.

“Picking up is not a big deal,” said Andrew Benjamin, holding a bag of waste.

A longtime visitor – 37 years – who asked not to be identified, called the conditions “disgraceful.”

“I own two dogs. I come here to watch the other dogs,” he said, slapping a greenhead fly and sipping a cool beverage. “I’ve never seen when there weren’t baskets here. Never.

“It ain’t cool,” he said, swatting another biting fly.