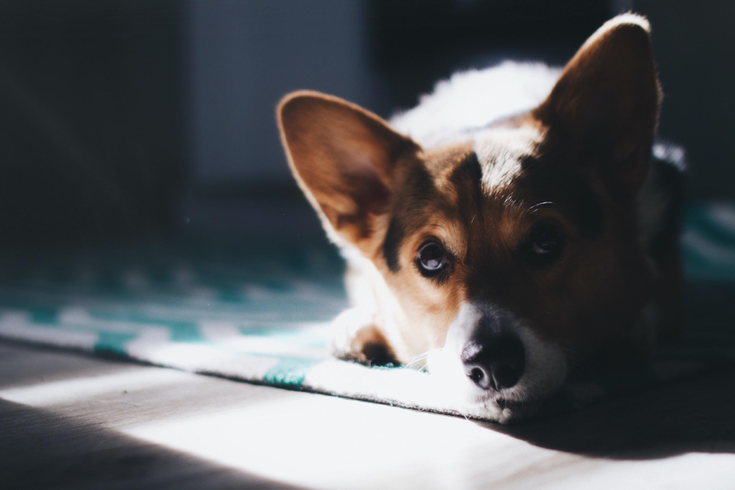 Dogs may not be able to talk, but they have a variety of ways in which they can and do communicate with us. Some of these communicative techniques are intentional. For example, dogs usually have a reason for barking and whining: they are normally trying to communicate excitement, caution, or fear.

However, our dogs can tell us plenty without resorting to this intentional means of communication. If you know what to look for, you could find signs that your dog is ill, that they need more of a particular ingredient in their food, or that he’s a bit too warm. Below are 9 common dog behaviors, what they mean, and what you can do to help remedy the situation.

Head tilting can be a perfectly natural reaction, and it is commonly witnessed when a dog hears or sees something for the first time. In this case, they are usually moving their head to better investigate. They may be getting a better angle to look at something, or moving their ears so they can hear better. If the head tilting continues for long periods, however, it may be a sign of an ear infection or other health problem.

It’s gross and it can be enough to put you off your dog for a while afterward, but eating poop isn’t uncommon canine behavior. The scientific term for this action is coprophagia and there are numerous theories as to why a dog chooses to eat another dog’s poop. It could be a sign that your dog is missing certain nutrients from their diet. It could also be a sign of canine senility.

Licking people is a dog’s way of showing affection, but considering what else dogs do with their mouths, it isn’t usually an appealing behavior. If it bothers you, training is the best way to stop it. Ignore the licking and only give your dog praise, or even a small treat, once they have stopped. Rewarding them for not licking you will teach them that you don’t enjoy the whole face-licking thing.

Leaning is quite common and more so in certain breeds. If your dog leans against your legs, feet, or up against your body when you’re sat down, it is just a sign that they want to be closer to you. It is not a sign of dominance, although it may be a sign of separation anxiety. They are worried that you will leave them if they close their eyes or aren’t paying attention, so by leaning against you they can be alerted the second you walk away.

Jack Russells, we are looking at you. Digging is common in terrier breeds because it is instinctive to them. They have been bred to chase rodents down small holes and burrows, and they would dig to reach their quarry. When living in a home, digging may be a sign of boredom, or they may dig to hide their toys and other possessions. They may also dig when it is warm out because it creates a cooler spot in which to lie. Play games, throw a ball, and try not to leave your dog alone outside for long periods if digging has become a problem.

Tail chasing is a natural activity for a lot of dogs. In most instances, it is fun and it burns off energy. It could be a sign that they’re bored and want some entertainment. It could also be a sign that something on their tail is bothering them, so they might have fleas or ticks. If your dog chases its tail repeatedly and excessively, it could even be a sign of OCD.

Dogs communicate vocally, and they can do this through barking, growling, and howling. Some breeds, like the Husky, have a tendency to howl and it is perfectly natural, but there is almost always a reason that your dog is vocalizing. Unfortunately, this reason could be anything from happiness to fear. They could be telling you to be alert because they can sense some type of danger, or they could simply be welcoming you home from work or reacting to some distant sound that you didn’t hear.

Dogs communicate naturally through vocalization, and they have many ways of communicating through body language and their activities. Tune in to what your dog is trying to say and assess the situation critically. If something has changed environmentally, it is natural that your dog will react in some way, which can include head tilting to better hear a new sound, barking to raise your alert level, or sniffing a new visitor’s butt to get to know them better.