For Donny Most, role as ‘Ralph Malph’ didn’t always lead to happy days

The “Happy Days” co-star, singing Saturday in Philly, found his role on beloved ‘70s sitcom a blessing and a curse 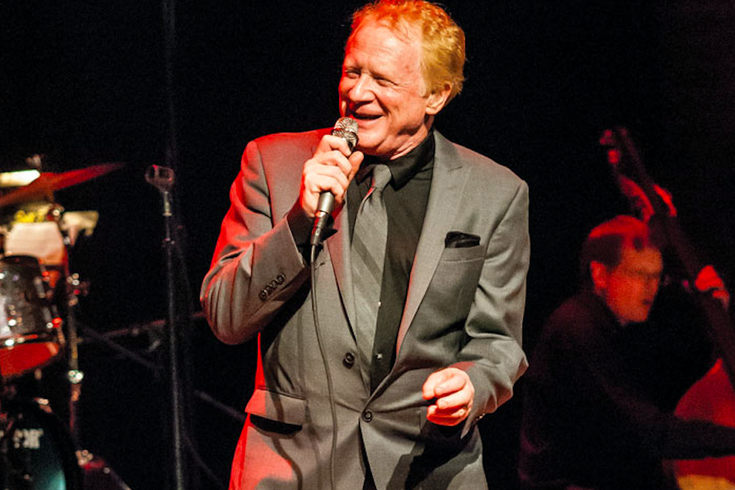 Donny Most performs his musical salute to “The Great American Song Book” at the RRazz Room inside the Prince Theater on Saturday, May 12 in Philadelphia.

As sweet-but-clueless Milwaukee teenager Ralph Malph on the beloved sitcom “Happy Days,” Donny Most had a gig most actors his age would have sold their mothers to get. But, according to the 65-year-old multi-hyphenate show biz veteran who, on Saturday, May 13, performs his musical salute to “The Great American Song Book” at the RRazz Room at the Prince Theater, the fame and fortune came with a downside.

“It was very challenging after the show, and limiting,” he admits.

“The show was so popular. It was not only on every Tuesday, but it was being aired every day in syndication. And the industry plays things kind of safe. So I was having a hard time auditioning for roles.

“Before ‘Happy Days,’ I got a couple roles that were dramatic. I did a ‘Police Story’ where I played sort of a psycho mad bomber, and an [episode of] ‘Emergency,’ where I played a guy who got paralyzed.

“A few years into the show even, I couldn’t even get auditions for dramatic roles. As an actor, that’s diametrically opposed to what you want to do. You want to have longevity and range and be able to play all different kinds of roles. I was not even really very much like Ralph. That’s the joy of acting, playing different kinds of characters. But it was difficult. I couldn’t get auditions for the kinds of parts I wanted to do.

“But I kept plugging away, and pecking away and getting some different kinds of roles and doing theater and doing some film work and TV work.”

Nonetheless, Most acknowledges he feels unfulfilled as an actor.

“I feel like I haven’t touched the surface of what I want to do as an actor,” he said.

“So, I’m really motivated now. Even though the music is an incredible high and I’m loving it, I want to do more. I’m feeling more motivated than ever to take on some great roles as an actor.”

The music—including such pop standards as “Blue Skies,” “Let’s Fall in Love” and “Bewitched, Bothered & Bewildered”--can be heard on his recently released album, “D Most: Mostly Swinging” and in his live act which he has dubbed “A Night at the Copa.” It’s named in honor of the legendary Manhattan nightclub, the Copacabana. Both feature him performing songs from the repertoires of such revered “saloon singers” as Frank Sinatra, Tony Bennett, and Most’s personal hero, Bobby Darin.

Although he is a Baby Boomer who came of age during the rock revolution of the late 1960s and early ‘70s, his appreciation and affection for this genre of music predates that era. He began his show business journey as a teenager singing in a group that performed songs by composers like Irving Berlin and Cole Porter at resorts in the Catskills mountains.

“I actually started out singing before I was acting. I loved that kind of music. I became educated pretty early on [about] the great artists from that genre. That was my first love, as I like to say.”

He would have pursued music, but he pivoted to acting, first landing numerous TV commercial jobs, then the role of Ralph Malph, which effectively ended his singing career.

When he discovered this type of pop music, it was generally seen as nothing more than the dated sounds enjoyed by his parents’ generation. Of course, that was before everyone from Rod Stewart to Bob Dylan dove into the classic-pop pool. With the music finally finding an audience among Boomers, he decided it was time to join in the fun.

“When it came back into favor…I got to a point where I said, ‘If I’m ever gonna do this, I better do it now.’”