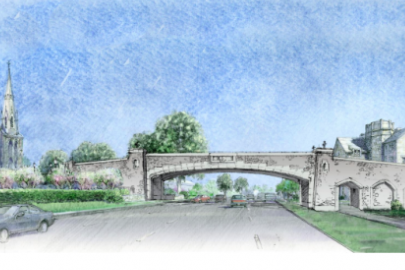 Bridge across U.S. 30 in Villanova will decrease congestion during school year.

The Delaware Valley Regional Planning Commission (DVRPC) has approved a $4.5 million state-funded pedestrian bridge in Villanova that will serve as a connection between Villanova University's main campus and the Villanova stop on SEPTA's Norristown High Speed Line.

The bridge will span U.S. 30 in front of St. Thomas of Villanova Church and will finally address the student logjam caused by a traffic signal that has delayed pedestrian passage across Lancaster Avenue during the school year, Plan Philly reports.

The funding announcement the bridge comes in the context of a four-year development plan at Villanova that will transform the landscape along Lancaster Avenue and provide new on-campus residential accommodations for students. 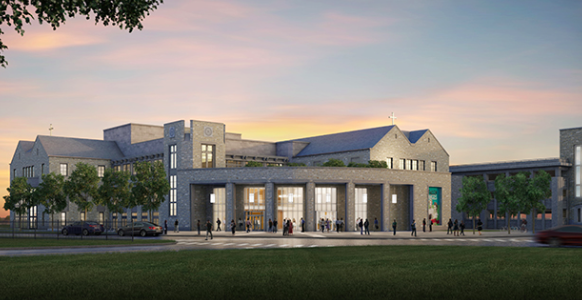 Proposed Performing Arts Center at Villanova University would be located in front of the new parking garage at the southeast corner of Ithan Avenue and Route 30/Lancaster Avenue.

Five projects in Philadelphia were designated for TAP funding, including the Manayunk Bridge Trail, which opened last October as a navigable link to Lower Merion. But the city's first pedestrian- and bike-only passage over the Schuylkill River left out one important detail: adequate lighting to allow for night riders. 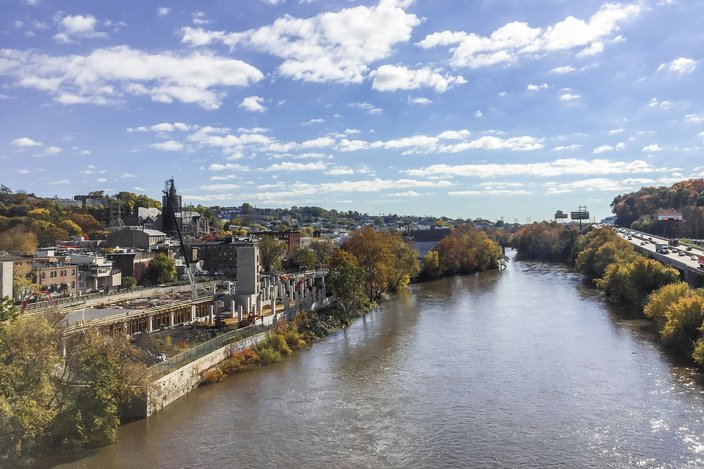 To fix that problem, the DVRPC board has allocated $600,000 toward a program that will add 20 lighting fixtures, delineator posts for protected bike lanes, new signage and pavement markings along the trail. Those installations may not be completed before 2018, however.

The four other TAP projects in Philadelphia are as follows:

Chelten-Greene Plaza Reconstruction ($370,000) – A plaza reconstruction project on the northeastern corner of the Chelten Avenue and Greene Street intersection. The plaza, adjacent to a Charter school and public library, will improve and connect a busy bus stop to Vernon Park.

City of Philadelphia Safe Routes to School ($450,000) – This non-infrastructure project will plan, implement, and evaluate activities to encourage walking and biking to school. The program plans to include bicycle and pedestrian safety lessons, encouragement activities, traffic education, enforcement near high accident schools, a Safe Routes to School (SRTS) manager, and outreach to K-8 schools.

Safe Spaces for Cyclists: Building a Protected Bicycle Network ($300,000) – On-road improvements, including flexible delineator posts, signage, and pavement markings, for cyclists at designated locations throughout the City of Philadelphia.

The rest of the TAP projects in Bucks, Chester, Delaware and Montgomery Counties can be found here.