E-cigarettes are not an effective tool for smoking cessation, study suggests

Most smokers who use this method to quit resume their habits, research shows 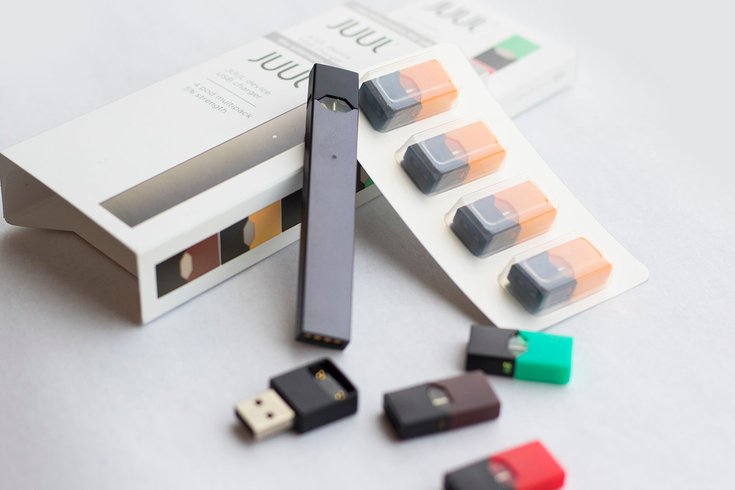 E-cigarettes have long been promoted as a tool to help adults quit smoking, but new research suggests they are not a cessation aid.

A study that analyzed data on tobacco use from 2017 to 2019 found nearly 60% of recent former smokers who were vaping daily had started smoking again by 2019. Additionally, traditional cessations proved more popular methods for quitting to smoke cigarettes.

"This is the first time we found e-cigarettes to be less popular than FDA-approved pharmaceutical aids, such as medications or the use of patches, gum, or lozenges," John P. Pierce, a researcher at the University of California, San Diego, told CNN.

"There's no evidence that the use of e-cigarettes is an effective cessation aid," he added.

Previous research has produced conflicting results on the effectiveness of e-cigarettes as a smoking cessation aid.

A major study in 2019 found they can help cigarette smokers quit when combined with behavioral interventions. That study found nearly twice as effective as nicotine gums and patches.

However, the U.S. Surgeon General issued a 2020 report stating there was not enough evidence to conclude that e-cigarettes increase smoking cessation.

"Smoking cessation medications approved by the U.S. Food and Drug Administration and behavioral counseling are effective treatments for quitting smoking, particularly when used in combination," the report concluded.

Other studies done in real-world settings also have suggested e-cigarettes do not provide the same level of success as other cessation tools.

In the latest study, researchers sought to examine the impact of e-cigarettes with higher nicotine levels. Juul introduced its high nicotine e-cigarettes in 2017, which helped spur a 40% growth in e-cigarette sales from 2016 to 2017.

Proponents have argued that high nicotine e-cigarettes work better as smoking cessation tools because fewer puffs are needed to get the same effect.

But the researchers didn't find that sales surge to be prompted by people who were trying to quit smoking. Rather, their data showed that the use of e-cigarettes to quit smoking dropped by 25% between 2017 and 2019.

Yet, they noted they weren't able to study the effectiveness of these products specifically because not enough smokers used them during the study period.

Though e-cigarettes may have been touted as a smoking cessation tool, their use by teenagers has been labeled an epidemic by U.S. health officials. During the same time period as the study, use among teens surged.

The popularity of e-cigarettes among teens threatens to wipe out hard-fought declines in teen smoking, health experts have said. E-cigarette use among high school seniors grew from 39% to 47% between 2016 and 2010, according to the National Institute on Drug Abuse.

In another study, Pierce reported that e-cigarettes are often a gateway drug for teens. The researchers found that people ages 12-24 who used e-cigarettes were three times as likely to become future daily cigarette smokers.

Vaping itself is also associated with numerous side effects including headaches, stomachaches, psychological issues, nicotine addiction and lung damage related to the use of certain chemicals such as vitamin E acetate in vape liquids. Its use has been associated with an increased risk of heart attack and stroke.