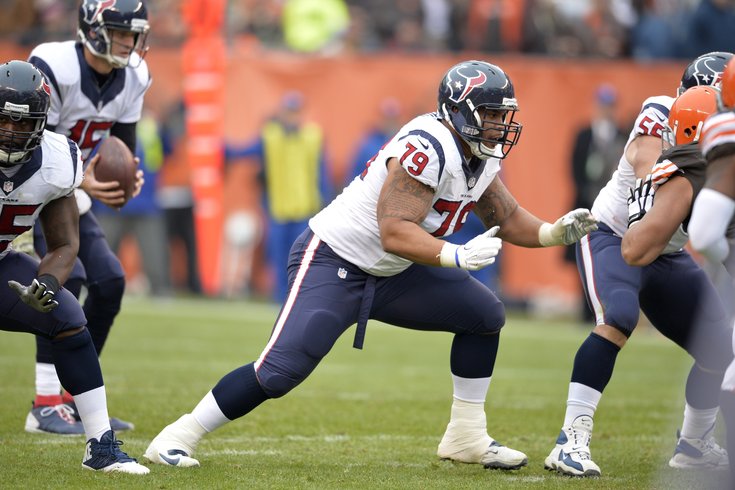 According to Ian Rapoport of NFL Network, the Eagles have come to an agreement with Texans OG Brandon Brooks on a five-year deal worth $40 million.

The Eagles are the only team in the NFL not to have drafted an offensive lineman over the last two years, and they haven't drafted a guard since 2012. They also ignored the position in free agency during the entirety of the Chip Kelly era.

In 2015, the Eagles' lack of quality guard play often stalled their rushing attack and allowed interior pass rushers like Ndamukong Suh and Gerald McCoy to wreck games. Guard is as glaring a hole on the Eagles' roster as you'll find. Today, the Eagles have begun to add to their line with the acquisition of Brooks, who played RG for the Texans.

One of the things the Eagles' offensive line has lacked for quite some time is an interior lineman who can move defensive linemen off the line of scrimmage against their will. At 6'5, 335, Brooks could be that for the Eagles. He will turn 27 in August.