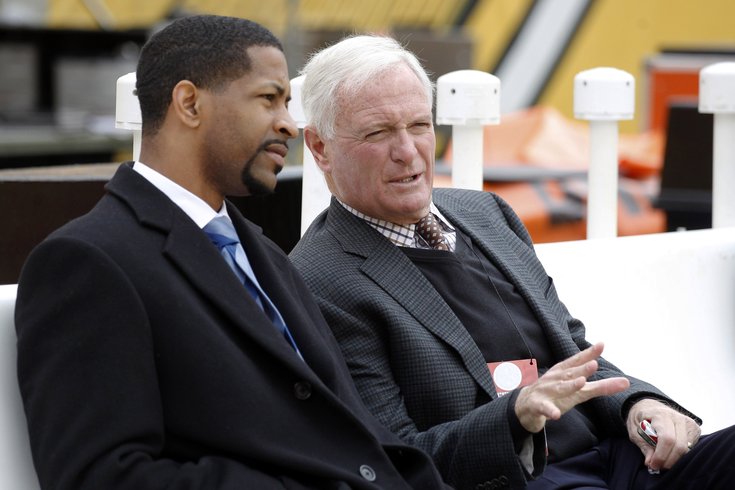 Andrew Berry (on the left).

The Philadelphia Eagles announced a whole slew of coaching and front office changes Monday morning, some of which were not already known, and some that had already been leaked.

Let's just copy and paste from the Eagles' press release:

The most interesting hire above is Berry. Again, from the Eagles' press release:

Prior to his time with the Browns, Berry worked for the Indianapolis Colts for seven years (2009-15). He was originally hired by Indianapolis as a scouting assistant and was promoted to pro scout in 2011. One year later, he was elevated to pro scouting coordinator and served in that role for his final four seasons with the club. During Berry’s tenure in Indianapolis, the Colts won four AFC South titles, made five postseason appearances and advanced to Super Bowl XLIV.

Berry graduated from Harvard University with a bachelor’s degree in economics and a master’s degree in computer science. He also played football for the Crimson, starting all four years at cornerback and earning All-Ivy League honors three times.

You can read bios for the rest of the coaches and front office staff on the Eagles' website.