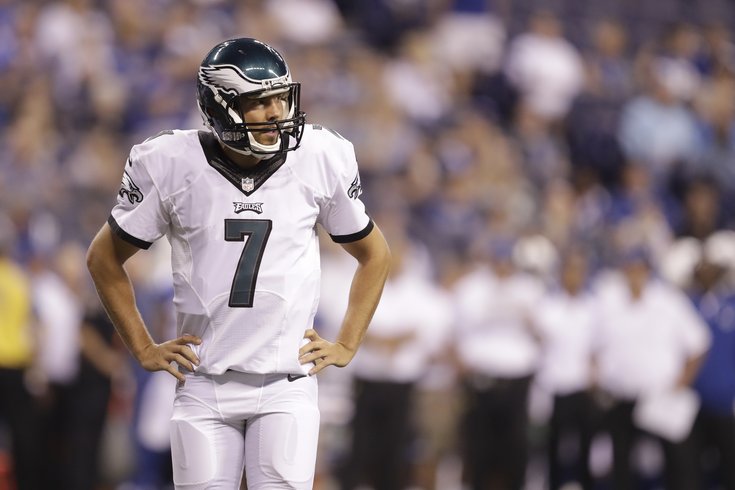 Even Sam Bradford is in disbelief that the Vikings traded a 1 and a 4 for him.

The conditions for the fourth-round pick in 2018 are as follows:

Some have begun to ask, is it better for the Eagles if the Vikings are good in 2016, raising the chance that the Eagles' fourth-round pick in the deal becomes a three or a two?

The best case for the Eagles is if the Vikings do not make the playoffs, which would give the Eagles a top 20 pick in the 2017 NFL Draft. Let's go through the other scenarios in which the fourth round pick would be upgraded to a two or a three.

If the Vikings get to the NFC Championship Game but do not win the Super Bowl, that first round pick would be somewhere in between 29th and 31st overall. Let's say, for example, Sleeves throws short of the sticks on a crucial 4th and 9, Minnesota loses in the Conference Championship Game, and their draft slot ends up being 29th overall. Using the draft value chart, the Eagles would be better served had the Vikings not made the playoffs at all.

In the above scenario, having the 20th overall pick, the Vikings would have the lowest draft spot among teams not making the playoffs. The worse they are, the better the pick, obviously.

In the event the Vikings somehow won the Super Bowl with Sam Bradford (lol), that scenario is better than the Conference Championship appearance, but still not good enough to root for the Vikings to make the playoffs.

In other words, the worse the Vikings do in 2016, the better it is for the Eagles. If the Vikings happen to make the playoffs and advance past the first round, then sure, the 20 of you who bought Sam Bradford jerseys can go ahead and dust them off for the remainder of the playoffs.

I may need a girlfriend.