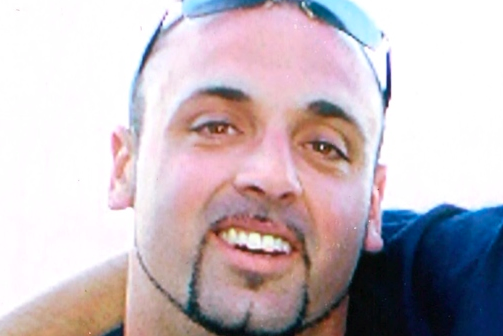 Marco Bianchi, 38, of Pike Creek, Delaware, died on Sept. 22, 2019 after suffering a heart attack at Lincoln Financial Field in South Philadelphia. He was attending an Eagles-Lions game.

Family and friends are mourning the loss of a man who died Sunday after suffering a heart attack during the Eagles-Lions game at Lincoln Financial Field.

Marco Bianchi, 38, of Pike Creek, Delaware, had the heart attack in Section 131, a friend of his said on Twitter.

@TheMightyER0CK RIP to our dear friend Marco...he was the fella who died in section 131 on Sunday..he held down Lot C1 #FlyEaglesFly Marco..please share E pic.twitter.com/aqiT90E1Im

An obituary from Doherty Funeral Homes said Bianchi was a graduate of St. Joe's University and had been working as a banking analyst at JP Morgan Chase.

"Marco’s passions were wine-making, playing basketball and beer pong, preparing elaborate meals for Sunday dinners, and most of all, spending time with his family and friends," the obituary read. "You knew Marco was near if the music was playing and the wine glass was full."

In lieu of flowers, Bianchi's family has asked for donations to be made to the American Heart Association (or by mail here: P.O. Box 15120, Chicago, IL 60693).

Funeral and visitation information can be found here.