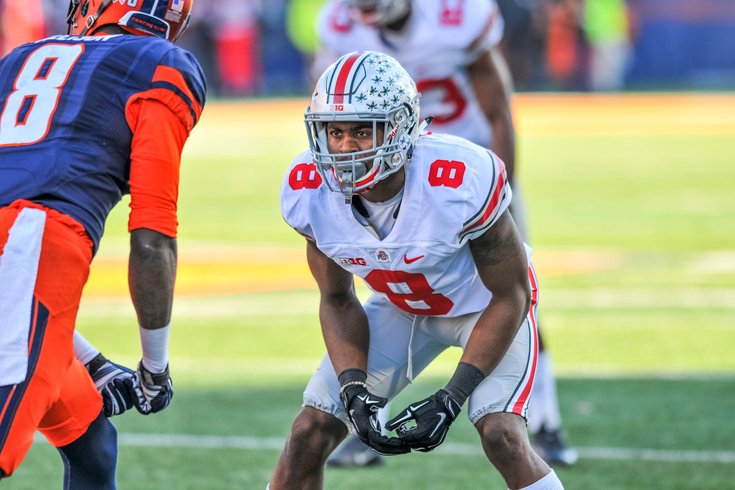 According to TMZ, former Ohio State cornerback and likely first-round pick, cornerback Gareon Conley, has been accused of rape. Conley and multiple friends denied any wrongdoing.

The timing of these allegations could be potentially devastating for Conley, who was expected to go in the top half of the first round. According to several sources, the Eagles had high interest in Conley. They'll have a short amount of time to do their own investigating of what happened, as the 2017 NFL Draft will kick off in less than 54 hours.

"When I match up the needs, there’s not a proven corner on the Eagles roster. In today’s NFL, if you are not deep at the corner position, you’re in trouble. I also think that the slot corner is a specific position. You have to develop and draft a guy that can play that slot position. In watching Gareon Conley at Ohio State, he has played that position very well, that slot position, and the corner position. He’s physical, he can play the run, he’s explosive, he can blitz off the corner and off of the slot. So as I spin it forward to the need and a player that fits the need, Conley is the guy that I really like.

"He can cover. If you watched (Jaguars corner) Jalen Ramsey last year, my comparison was him. He’s really good with his hands. By the way, if you talk to enough people, you know that the hardest position to evaluate is the corner position in college. You have 15 hours per week to prepare, you don’t get in a lot of sophisticated or complex coverages, everyone pretty much plays zone. It’s hard to evaluate when guys are playing eight or nine yards off the line. So I like those guys that will get in your face, play some bump and run, and Conley is one of those guys."

The allegations are bad news for the Eagles. They potentially take an Eagles player of interest off the board, and at a minimum, they could thin out the pool of players who will be picked before 14.