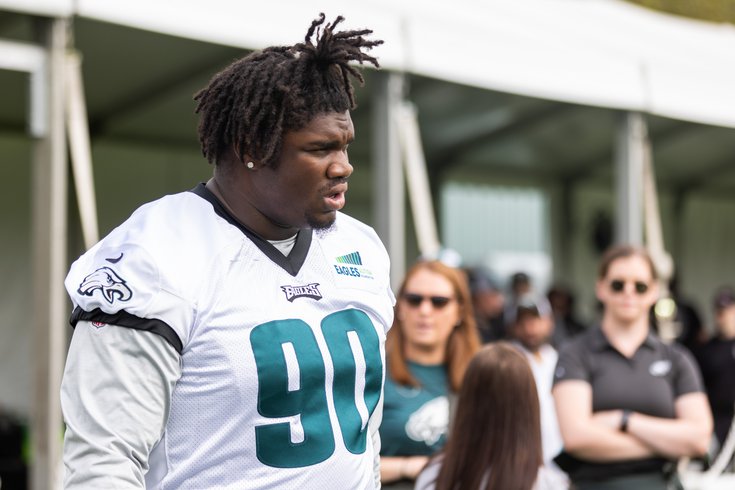 The Eagles have yet another vocal talent in the waiting on their roster. There was Jordan Mailata going on "The Masked Singer" back in March and bringing down the house. Now, as a part of what I'm sure is a rookie bonding experience, Jordan Davis is showing off his range, doing a great rendition of "Mary Jane" by Rick James at the NovaCare Complex.

🎵 I'm in love with Mary Jane, she's my main thing, she makes me feel alright, she makes my heart sing... 🎵

The two biggest guys on the team truly have some soul in them. I gave Davis a legit A- for that performance. If the Eagles make a Super Bowl run, perhaps they could do a new spin on the 1985 Bears' "The Super Bowl Shuffle" that takes inspiration from 1960s and 1970s Phillysound. The Birds have the pipes for it.