The Pro Bowl as we've known it is over 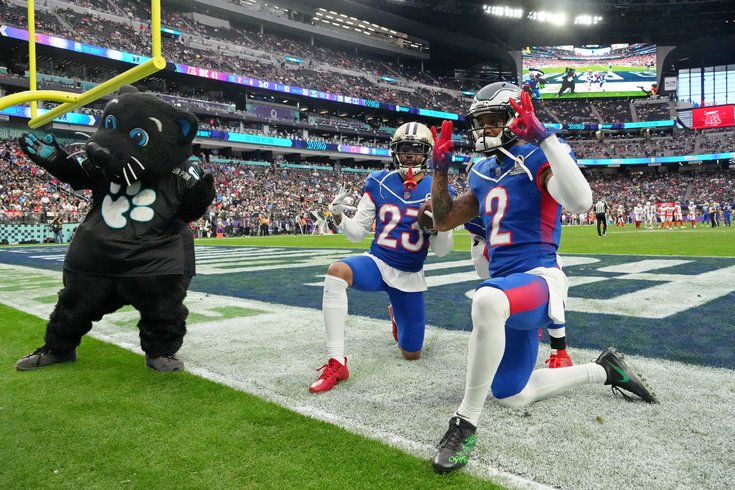 The Pro Bowl as we've known it is over.

The NFL announced Monday morning that it's doing away with the annual NFC vs. AFC exhibition, instead opting for a week's worth of skills competitions and a flag football game on February 5, 2023 that the league is now dubbing "The Pro Bowl Games."

The All-Star event, that's long been in need of a revamp, will return to Las Vegas for a second straight year, with programming and promotion being helmed by Peyton Manning's Omaha Productions. Manning, a 14-time Pro Bowler, will also be a consistent on-air personality throughout the week and be part of the coaching staff for the flag football game to cap things off.

Coming to @Vegas this February. pic.twitter.com/RdJRsMBK5U

The Pro Bowl has been a point of criticism for years, decades even, from fans and players alike. It's a meaningless game that renders the risk of injury completely pointless, which means the league's best – who actually attend, that is – never go at full tilt. The end result is usually a high-scoring, but often boring and entirely forgettable affair.

But with a shift to skills challenges and flag football, the league is hoping this will reignite interest.

"We've received invaluable feedback from players, teams and fans about reimagining the Pro Bowl, and as a result, we're thrilled to use The Pro Bowl Games as a platform to spotlight Flag football as an integral part of the sport's future while also introducing fun, new forms of competition and entertainment that will bring our players, their families and fans closer than ever before," said Peter O'Reilly, NFL Executive Vice President of Club Business and League Events, in a statement.

The Eagles had five Pro Bowlers last season – center Jason Kelce, cornerback Darius Slay, defensive tackle Javon Hargrave, defensive end Josh Sweat, and kicker Jake Elliott – and while the game itself lost its luster a long time ago, a selection to it still means something.

Sweat, for example, made the Pro Bowl as an injury replacement for San Francisco's Nick Bosa, but in May talked about how he wanted to make the NFC roster "straight up" next time.

Now, how the new format will incorporate linemen will have to be seen, but Kelce has a few ideas:

So many great opportunities. I hope the NFL branches out beyond football specific things. Spike ball tournament, ping pong, cornhole, dodgeball, chug offs/drinking games. This has been a missed opportunity by the nfl for so long. Love it!