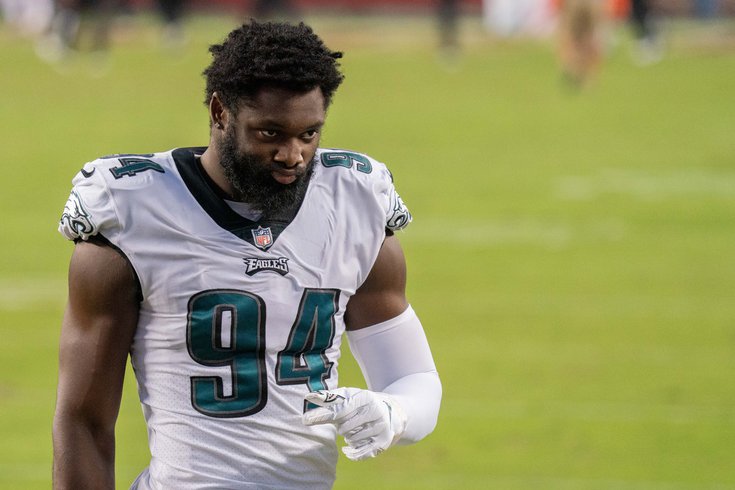 Josh Sweat still isn't quite sure how it all happened.

One minute he was readying up for the Eagles' wild card game against the Tampa Bay Buccaneers, the next he was in the hospital, undergoing an emergency procedure for what the team said was a "life-threatening situation."

"It didn't happen on the field or anything like that," Sweat said Tuesday when he met with the media for the first time since. "I was just chilling at the house. Don't know how it happened. Just happened. We took care of it."

It turned out that the 25-year old defensive end was suffering from internal bleeding. He recalled getting light-headed and that his abdomen started feeling heavy whenever he stood up. That's when he knew something was wrong.

An artery had opened up and just kept bleeding, Sweat explained. The doctors cauterized it and closed it up.

The process was quick.

"I didn't know exactly what was happening until they said [what it was]," Sweat recounted. "Then it was scary until it wasn't. Till it was like 'Yeah, we can just do this, couple-minute fix.' That's it."

Sweat's timetable to return was quick too.

The procedure, according to the Eagles' statement from that week, was performed late Tuesday, Jan. 11. The team's playoff game down in Tampa was that Sunday, Jan. 16.

Sweat and the Eagles' medical team did everything they could in the few days they had to have him ready in time to play, but in the end, they fell just short. The doctors couldn't clear him.

"The fact that Josh came so close to playing is a credit to his toughness and our medical staff," the team's statement read.

But that didn't change the fact that the Eagles had to go up against Tom Brady and the defending champion Bucs without the edge rusher whose 7.5 sacks were tied for the team lead.

They lost, 31-15, for more reasons than just missing one defensive starter. Still, a surprise run to the playoffs was over after the opening round.

Sweat said Tuesday that he felt like he could've played, but understood that it wasn't all his decision, and that he probably would've been back the week after had the Eagles advanced.

"It was bad because the decision came right up to the point of the game, but just fell a little bit short," Sweat said. "Didn't have my levels back up the way they needed to be. So it just...it held me out for that one."

The good news? Sweat said he is 100 percent again and gave a pretty definitive "No sir" when asked if there's any concern about recurring issues. 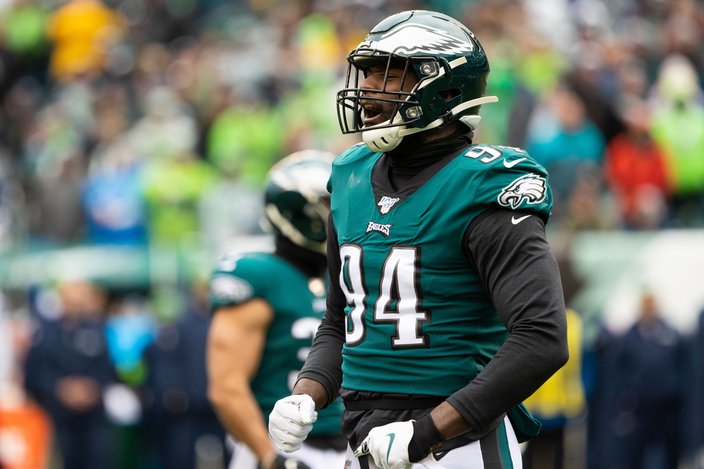 Nothing about his approach to the offseason changed, "Just trying to improve however I can and stay available," he said.

But there is motivation from missing that playoff game, his first career Pro Bowl nod too as an injury replacement for the 49ers' Nick Bosa — he said Tuesday that he wants "to make it straight up" next time. "I don't want to wait my turn and see if I'm going to get in."

And after adding Haason Reddick and Jordan Davis to the defensive front through free agency and the draft, along with getting veteran Brandon Graham back from a torn Achilles, plenty of excitement for what the new group can do.

"Shoot, I mean, I think we look great," Sweat said. "I feel like we've always had pretty good groups, and we're just adding to it. We know we've got a lot of guys who can do a lot of different things, fill a lot of roles, and that's pretty much how we approach it.

"Whatever we can do to help. That's how everyone is, great group."

Sweat is entering his fifth season and his second as a full-time starter. He had a breakout 2020, racking up 38 tackles, six sacks, and three forced fumbles.

He was signed to a three-year, $40 million contract extension ahead of this past season and took another step forward, starting 13 games and recording 45 tackles and 7.5 sacks.

Sweat, who was a fourth-round draft choice in 2018, doesn't know what the next step looks like, but he's still moving forward regardless.

"Obviously I want to have a better season than the last one. Every year just make sure I keep on getting better. However that is, whatever. Just keep on improving."