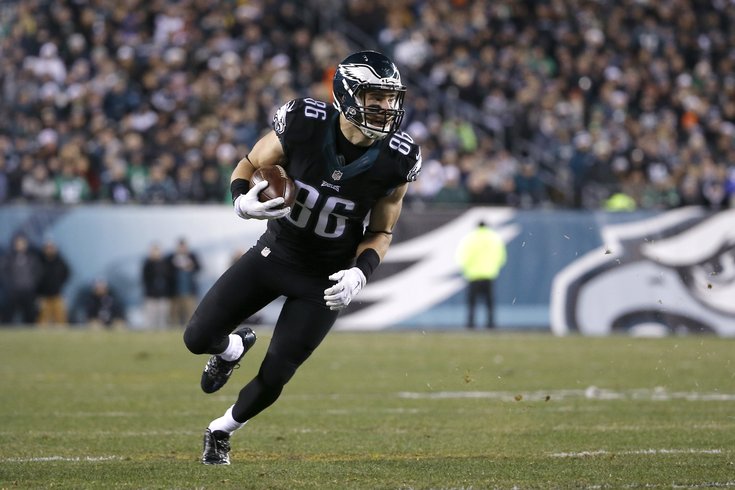 The Eagles locked up Zach Ertz through 2021 this morning after signing him to a five-year extension, the team announced. Ertz caught 75 passes for 853 yards and two touchdowns in 2015. The money totals, via Ian Rapoport of NFL Network:

The #Eagles signed TE Zach Ertz to a 5-year extension worth $42.5M, source said. He gets $20M in guarantees.

Ertz closed the season with excellent numbers, as he racked up 35 catches for 450 yards in his last four games.

With Ertz now making more than $8 million per season on average, it's going to be difficult to carry longtime Eagles tight end Brent Celek at $5 million this season. Expect the Eagles to ask Celek to take a pay cut, or part ways with him.