Eagles' staff could be coaching at the 2021 Senior Bowl 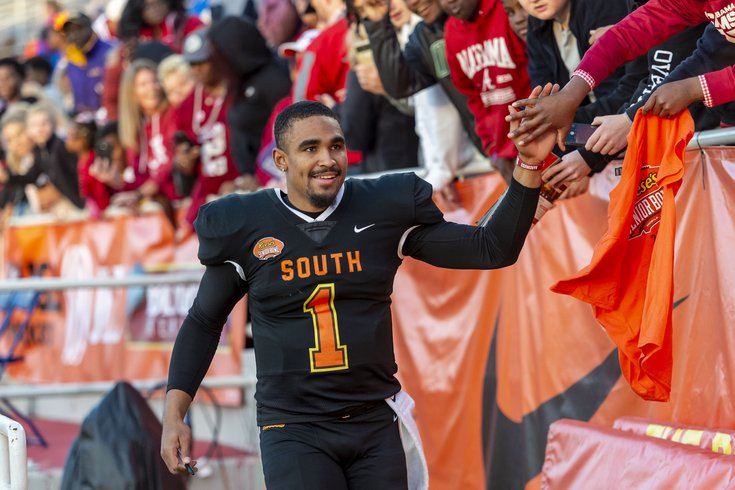 Each year, the NFL descends upon Mobile, Alabama for the Reese's Senior Bowl, an All-Star game that features college seniors and fourth-year junior graduates.

It's fertile ground for college scouting, as 180 players competing at the 2019 and 2020 Senior Bowls were drafted by NFL teams. Carson Wentz and Jalen Hurts, for example, both competed in Mobile.

Each year, NFL teams are chosen to coach each of the two All-Star teams. How is that determined? According to the Senior Bowl's website:

National Football League coaching staffs coach the two Senior Bowl teams each year. The staffs are determined in cooperation with the NFL. The teams with the lowest winning percentage that season usually get the first opportunity to coach in the game, but only if a majority of their staff - and head coach - are intact.

The four teams with worse winning percentages than the Eagles this year were as follows:

That leaves the Philadelphia Eagles and the Cincinnati Bengals as the two teams with a combination of (a) the worst records and (b) coaching staffs still in-tact, assuming Doug Pederson does indeed keep his job, as was reported on Saturday. Senior Bowl Executive Director Jim Nagy hinted on Twitter that the Eagles would be coaching in Mobile:

The Eagles would have the opportunity to really get to know 55 or so draft-eligible players, see how they practice, or how they take to coaching, etc., as opposed to, ohhhh, say, I don't know, having their offensive line coach Skype with a potential first-round pick the morning of the draft. (Jokes aside, it is a nice advantage.)