Once again, visitors can let the voice of actor Steve Buscemi guide them through the 200-year-old prison 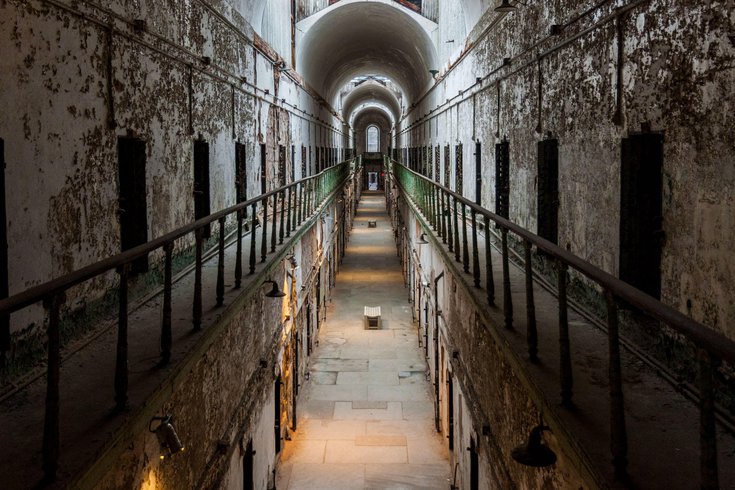 Eastern State Penitentiary is reopening Friday after a months-long closure that began in November during the fall COVID-19 surge.

Eastern State Penitentiary is reopening Friday after a months-long closure prompted by the fall surge of coronavirus cases.

The historic Philadelphia prison will have new operating hours and expanded tour offerings. Visitors will be able to access Cellblock 11 and Eastern State's synagogue for the first time since the pandemic began.

Eastern State will be open Wednesdays through Sundays from 10 a.m. to 5 p.m.

Visitors again will be able to explore the prison grounds via its signature audio tour, "The Voices of Eastern State," narrated by actor Steve Buscemi.

"We hope that Eastern State's engaging programming and awe-inspiring architecture will provide the much-needed space to escape, and also to reflect on important issues," CEO Sally Elk said.

Eastern State was one of five Philly cultural institutions that jointly announced in November that they would close for at least six weeks in response to new city restrictions. Eastern State will be the last of that group to reopen.

The others — the Academy of Natural Sciences of Drexel University, the Barnes Foundation, the Pennsylvania Academy of the Fine Arts and the Philadelphia Museum of Art — began reopening in January, when city officials eased restrictions as COVID-19 cases declined.

Eastern State first closed due to the pandemic on March 14, 2020 — almost one year ago. It temporarily reopened in August with the new health and safety guidelines in place, before closing again in November. During that period, Eastern State offered limited nighttime tours, which utilized a modified version of "The Voices of Eastern State."

Budget shortfalls that occurred during the Eastern State's first closure period forced it to lay off 40% of its staff. The prison also cancelled its popular Halloween event "Terror Behind the Walls."