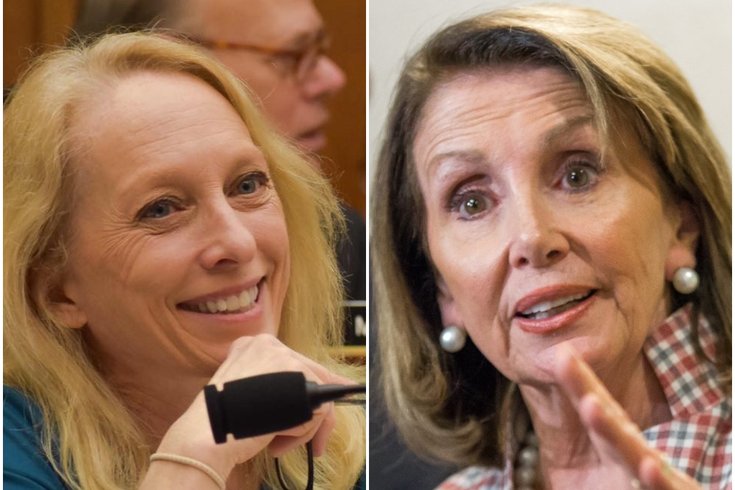 Nancy Pelosi will join Rep. Mary Gay Scanlon in Delaware County on Friday for a discussion about college affordability and education reform, just days after Scanlon joined in the call for an impeachment inquiry against President Donald Trump.

The event comes just days after Scanlon, joined by Democratic representatives Madeleine Dean, of Montgomery County, and Dwight Evans, of Philadelphia, gave their support for an impeachment investigation, citing obstruction of justice related to the Mueller Report.

Tune into @Morning_Joe at 7AM where I will discuss my support for an impeachment inquiry with @morningmika and @JoeNBC. pic.twitter.com/di8899GzIA

"He's trying to cover up his misconduct, and that warrants us having an impeachment inquiry," Scanlon told Anderson Cooper on CNN Tuesday night.

There are three volumes to this constitutional crisis.

No one is above the law. pic.twitter.com/hmUVMz9VCx

Many of you probably have the same questions about #ImpeachmentInquiryNow as my son. I thought I’d share our text exchange. pic.twitter.com/8ltogmoclf

Pelosi has been receiving pressure from Democratic lawmakers to begin the impeachment process, however she has been publicly against doing so in haste.

JUST IN: Speaker Pelosi says "we believe the president of the United States is engaged in a cover up" by stonewalling testimony for ongoing congressional investigations. pic.twitter.com/ncU6SegLrP