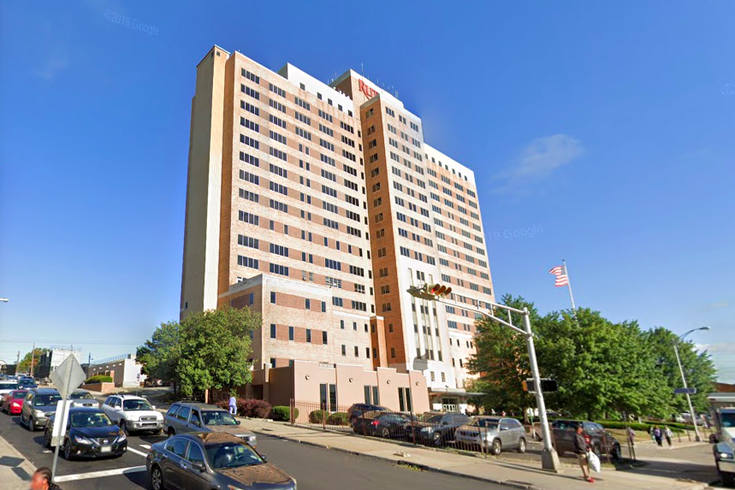 Rutgers University Hospital in Newark, NJ. With hospitalizations of coronavirus patients and demand for PPE leveling out or declining, hospitals will be allowed to take in more non-COVID patients starting May 26.

The performance of some elective surgeries and invasive procedures will soon resume in New Jersey hospitals following an executive order signed by Gov. Phil Murphy Friday.

Executive Order No. 145 repeals a temporary ban on such surgeries instituted by Murphy on March 27, executive order No. 109. The initial order meant to "preserve essential equipment and health care capacity" is no longer necessary, said Murphy.

Department of Health Commissioner Judith Persichilli echoed Murphy's announcement on the allowance of such medical and dental activity to resume in the state.

"With the strain on hospital capacity and resources declining and a significant decrease in the number of patients presenting with coronavirus symptoms," said Persichilli, "We are allowing a phased-in reopening of elective surgeries beginning with urgent surgical procedures at hospitals."

Murphy applauded the combined work of New Jersey residents in being able to resume such activity, and said that it was a step in the state's reopening process.

"Our collective efforts to flatten the curve in New Jersey has alleviated the crisis burden on our health care systems and hospitals across the state," said Murphy in Friday's briefing. "Due to the incredible work and sacrifice of our residents, we are now positioned to take another vital step forward in New Jersey’s restart and recovery process."

Elective and invasive surgeries, both medical and dental, may resume beginning Tuesday, May 26 at 5 a.m. A binding guidance to the order on specifically which procedures may resume will be issued May 18, according to a release by the Governor's office.

The binding guidance will specify additional precautions to be taken in resuming such surgeries in order to control the spread of COVID-19. This will include prioritizing procedures, PPE requirements, visitor limitations, and more.

Murphy added that the resumption of procedures will be beneficial to the state's health care systems, and "allow them to begin to serve the many needs of their residents.

New Jersey continues to rank second in the country for the total number of cases and deaths due to COVID-19. Despite this, recent reports show New Jersey health care networks losing millions due the pandemic, as elective procedures typically produce greater revenue than emergency ones such as those associated with the coronavirus.