Enough with the daggum 'Is Villanova a Philly school?' debate already

Can't we all just celebrate when something good happens anywhere in the region? 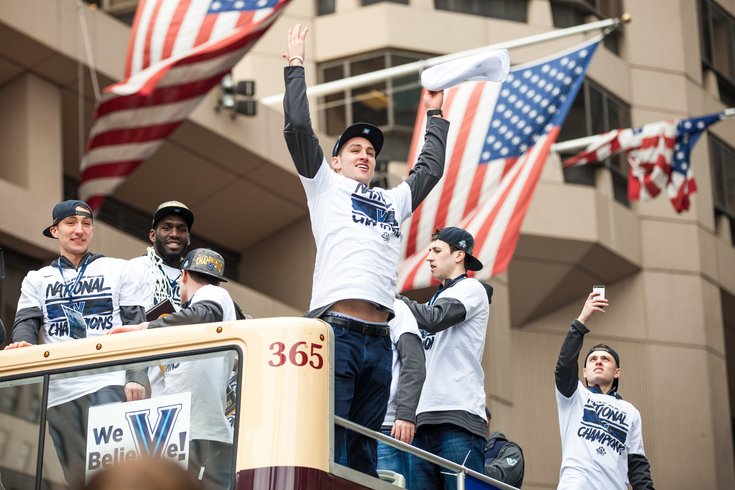 I used to be one of those people who complained that the Villanova Wildcats were most assuredly NOT a Philadelphia team. Then, two things happened.

First, came April 5, 2016 when Ryan Arcidiacono dribbled up a basketball court in Houston and flipped the ball to teammate Kris Jenkins, who would drain a championship-clinching three pointer against the North Carolina Tarheels.

Then, came this summer, when I moved out of the city and became a suburbanite with a riding mower.

That reason, of course, is selfish and borderline hypocritical.

The former: A realization that Jay Wright erased all that ill-will about Villanova trying to break up the city hoops institution known as the Big 5.

But here we are, on April 3, 2018, a day after the Wildcats repeated as NCAA men’s basketball champions and a day when the city announced there would be yet another Nova parade down Market Street on Thursday.

I am not going to sift through the wreckage and offer a compendium of Tweets about whether Nova is a Philly school. Minds will not be changed if they haven’t already been.

What I am going to do is highlight one single Tweet that accurately puts this whole mess to rest.

It came from a gentleman who goes by the handle Crane Kicker on Twitter dot com.

What he did was redefine the map itself and spark a major discussion.

When I told him I planned to write about his craftsmanship, he demanded $500 and/or free tickets for a Flyers or Sixers game.

These are things that I could not provide, so I will not embed his tweet herein as I’d intended. Instead, I will hyperlink it here as this insulates me from the necessity of having to pay a premium price for content available for free online.

Please take a look at it now. I will wait.

I ask that you look at this Tweet and mull its ramifications. Then, ask yourself this: Is the battle over whether Villanova is a Philadelphia school really one worth fighting anymore (unless you attend or did attend a rival school, of course)?

No, I don't think Philadelphia will annex the Jersey Shore south from Long Beach Island, the portions of Cumberland County (N.J.) where dinger-hitter Mike Trout grew up, Montgomery County, Delco and all the way down to Newark, Delaware. But, spiritually, maybe it already has.

The world is a cold, dark place these days, and we should embrace anything that brings our fellow Delaware Valleyans happiness.

(Also, if you have free Sixers or Flyers tickets that I could pass along to CK, drop me an email. His hard work should not go unrewarded.)