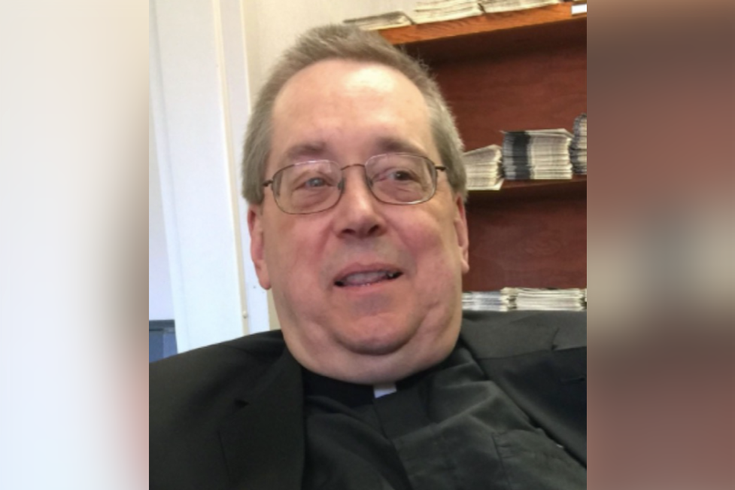 Rev. David Poulson, 64 and a priest in the Diocese of Erie, Pennsylvania, is charged with indecent assault, endangering the welfare of children and corruption of minors for the alleged abuses of two boys.

The Roman Catholic Diocese of Erie agreed to a $2 million settlement with the victim of a priest who pleaded guilty earlier this year to sexually abusing the young boy.

An attorney for the victim announced the settlement at a press conference Tuesday night, according to the Associated Press.

Rev. David Poulson, who has since been defrocked, was sentenced to 2 1/2 to 14 years in prison earlier this year after he pleaded guilty to sexually abusing one boy and attempting to sexually assault another.

The victim who was awarded the settlement, named John Doe in court documents, was forced to confess after the sexual assaults, Poulson admitted.

In a 2010 confidential memorandum, the diocese noted that Poulson admitted being "aroused" by a young boy, according to prosecutors.

Poulson was one of numerous priests charged in the wake of a Pennsylvania grand jury investigation that detailed abuse by 300 priests over a period spanning decades.

When Poulson was charged in May 2018, prosecutors presented evidence that he abused the two boys during trips to a remote hunting cabin in Jefferson County, where he allegedly would watch horror movies with the boys before sexually assaulting them.

It was only in response to a subpoena from the grand jury that the Diocese of Erie took action to report Paulson's behavior. Nine other men who had contact with Poulson told investigators similar stories of abuse, according to prosecutors.

In a statement to the AP, the Diocese of Erie disputed the claim that it failed to immediately notify authorities of the finding in the confidential memorandum. The allegations came to light in 2018 after a military chaplain filed a report that his client, Poulson, had disclosed a history of sexual abuse.

“The $2 million represents validation to my client that the abuse was not his fault and that he did nothing wrong,” the victim's attorney said.