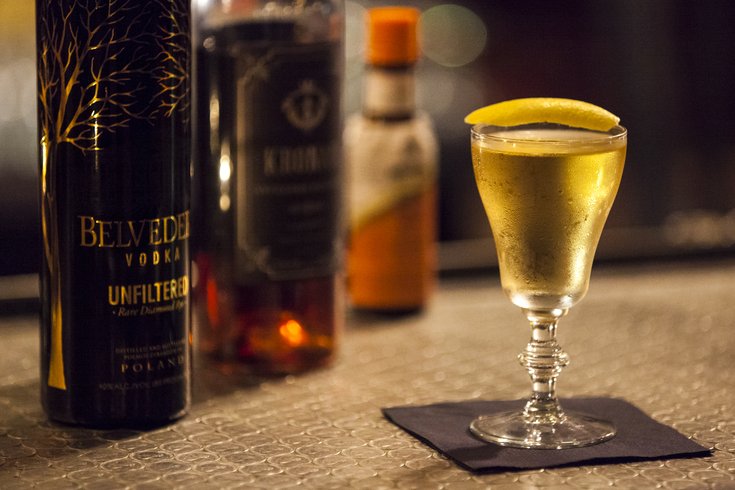 The Mack the Knife at Hop Sing Laundromat.

Hop Sing Laundromat, which is perhaps known first for its impressive cocktails that sit just behind a tricky door policy and second for allusive owner Lê, ranked among 27 other U.S. bars worth visiting this year.

Esquire calls the 2019 list "ones that we think do the best job of deepening a sense of community and making everyone feel at home." Hop Sing — a windowless and doorless operation that will have you banned for one wrong move — is nothing but private, seemingly allowing for that sense of deepened community Esquire's looking for.

For its recommendation, Esquire notes the bar's "bibulous delights" represent a "gold standard of elegant sipping."

If you're a first-timer, the magazine recommends the Henry "Box" Brown, named after a slave who escaped to freedom by mailing himself from Virginia to Philadelphia in a crate. It's pressed red grape juice and aged rum.

Hop Sing is the only Philly-based bar on the list. Other highlights of the list include 2019's Drink of the Year as The (Upgraded) Dirty Martini, or new, fancier riffs on a martini sullied with olive brine. Haku Vodka (Japanese rice vodka) and Old Forester Rye (a biting rye whiskey) were also named The Best New Staples.