On eve of sanctuary city walkout, a quest for answers goes unfulfilled 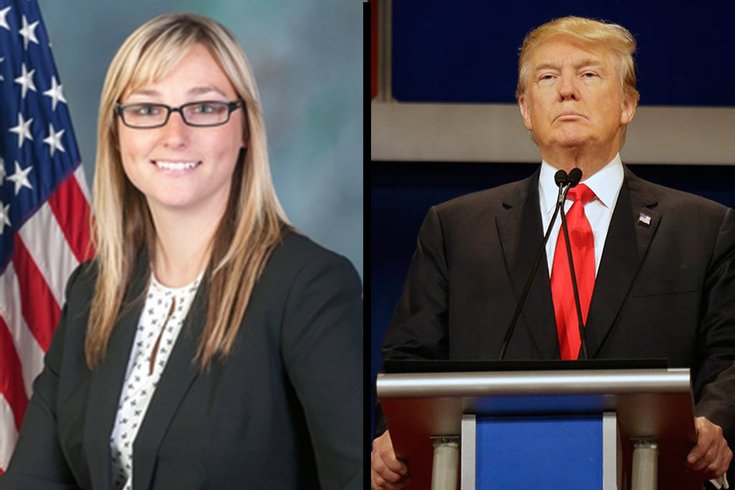 Legislation introduced by state Rep. Martina White of Northeast Philadelphia would direct "the State Treasurer [to] withhold the payment of Commonwealth funds" to any sanctuary city, including Philadelphia. President Donald Trump has threatened to withhold some federal funding from cities with a sanctuary policy.

There are two sides to most stories, but there’s one thing I haven’t been able to wrap my head around when it comes to Philadelphia’s sanctuary city battle.

What it boils down to is this: Withholding unrelated federal and states funds from a city where the leadership refuses to bend its will because people don’t agree with its position is, at best, irresponsible.

It’s a level of bullying that I likened to extortion in a column last week, and it’s bullying bolstered by an elected official who represents a distant part of the city that would be gravely impacted by such a move.

I’m talking, of course, about state Rep. Martina White, which represents the 170th Legislative District and parts of Northeast Philadelphia, who introduced that legislation in Harrisburg back in January because – to her mind – “local officials cannot create their own immigration law.”

What bothers me most about this legislative push – which has already cleared the state Senate and awaits House approval – is how it victimizes people who have absolutely, positively nothing to do with the decision-making process, those who just happen to be among society’s most vulnerable.

Now, I had a beef with wishy-washy City Council President Darrell Clarke’s apparent call for Kenney to consider backing away from a moral stand on the issue. (Clarke also has concerns about losing funding.)

But I have zero problem with the strongly worded letter he sent last week to White regarding her legislation “because it unfairly penalizes law-abiding taxpayers and makes them pay for the actions of a few criminals.”

I concur – despite sanctuary city haters’ assertions to the contrary – that it “would actually make Philadelphians less safe.” And that is really big idea.

If it takes a weekly walkout at Philly restaurants to push back against this immature response to immigration woes, so be it.

I wanted to talk to White before I wrote this piece. Truly I did, as I always do with appropriate sources before I hit the “publish” button.

After all, she’s been amenable to talking about controversial matters in the past. And, truly, I'd be irked if someone wrote something about me without calling to chat beforehand.

This time, through an intermediary, she steered me toward a spokesman. A call and an email to said spokesman went unreturned.

I took that to mean White is not willing to talk, which is her prerogative. I mean, why should a legislator take her or his time to coherently explain their stance in the age of Trump?

Yeah, I’m a columnist, which means my opinions guide the words I write, but I’m also an American who likes to hear what the other side has to say, whether I agree with it or not.

Luckily, the Philadelphia Republican Party provided me with a response in the form of chairman Joe DeFelice’s take on the issue.

“The Mayor’s defense is simply an obfuscation which relies on the patronizing notion that our local police would round up victims and witnesses of crime for deportation, as if that would somehow be beneficial to solving crimes,” he said.

Yeah, no. That's what you call irresponsible dismissiveness.

I know some folks who'd be impacted by this bill, and they are paranoid that a loud knock on the door could be coming at any second.

In an ideal world, DeFelice's take would be right, but this has not been an ideal world since January 20, 2017. In fact, it's a frightening one even for passport-holding Americans.

Putting myself in their shoes, I’d be loathe to talk to a police officer – even if it was to provide a valuable tip – if I knew that’d put me at risk of being deported from the life I’ve come to know, one where I don’t cause any problems for anybody.

While foes scoff, the inherent fear amongst immigrant communities is a real thing and one – whether we’re talking about people here legally or not – that we should keep in mind when we see stories of ICE roundups across the country.

I think it was God or somebody who said something like “treat others like you’d want to be treated.”

We shouldn’t forget that basic tenet just because one politician on Earth rode a wave of anger into office and now finds himself fulfilling the sort of promises that more people rejected than accepted in the first place.

If it takes a weekly walkout at Philly restaurants to push back against this immature response to immigration woes, so be it. We should have their backs.

Oh yeah, Rep. White, if you get a chance, gimme a call. It shouldn’t be difficult to find my number.