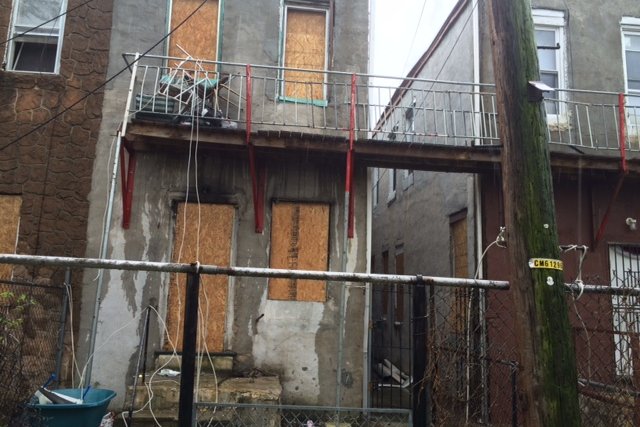 Hossein Farhat, the brother of the landlord at 828 Haddon Ave. where an arson fire was apparently set early Friday morning, said tenants used the railing installed long ago by his father to save themselves. He said a couple and their two month old twins escaped by going out their window, fleeing down the railing, and escaping into the window of another row home. His family owns a contiguous string of homes on the 800 block of Haddon Avenue in Camden.

Asia Molock Williams, 35, an evicted tenant of a Camden row home, is under arrest, following a Friday morning fire at her former apartment on the first floor at 828 Haddon Avenue.

The fire there began around 4:30 a.m. and quickly spread. About a dozen people were displaced and six – including two small children — were taken to hospitals.

At least seven row homes were damaged as fire spread along a common porch roof and through the attached homes’ ceilings.

Tenants who also lived in 828 — a couple and their two-month-old twins — had to flee to a railing suspended at the rear of the apartment, according to Hossein Farhat, 52, whose extended family owns six contiguous row homes on Haddon Avenue.

Carol Lindsay, 53, who had lived next-door to 828 all of her life, fled out the front door, beneath a burning porch roof. 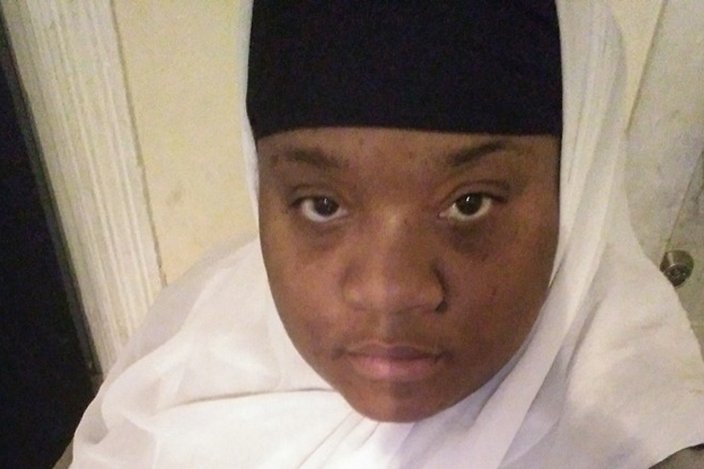 She escaped along with with her son, Jamal Lindsay, 29, who scooped up his 80-year-old grandmother, who is incapacitated by Alzheimer’s and unable to walk.


The Lindsays all retreated to their car as they watched the fire spread.

Carol Lindsay said firefighters complained of inadequate water — there are no hydrants on the 800 block.

Lindsay, who works for the city’s Special Improvement District, had put trash out at 3:17 a.m. on Friday and then tended to her mother before getting ready for work.

Not long afterwards, she heard screaming as her neighbors struggled to escape.

It took the Lindsays about five minutes to flee. They had no time to take any possessions other than the clothes they were wearing.

On Saturday, Carol Lindsay sat on a folding chair beneath her charred porch roof as John Moore of Garden State Public Adjusters worked inside, assessing losses caused by smoke, water and flames.

Her mother is staying with another daughter in Camden, but is confused about how she got there due to her dementia.

Farhat, who said his brother managed 828, said the tenant was behind on her rent when evicted.

Farhat, a Camden resident, said fixing that home will take months while repairs to the others in the row of homes should take a few weeks. 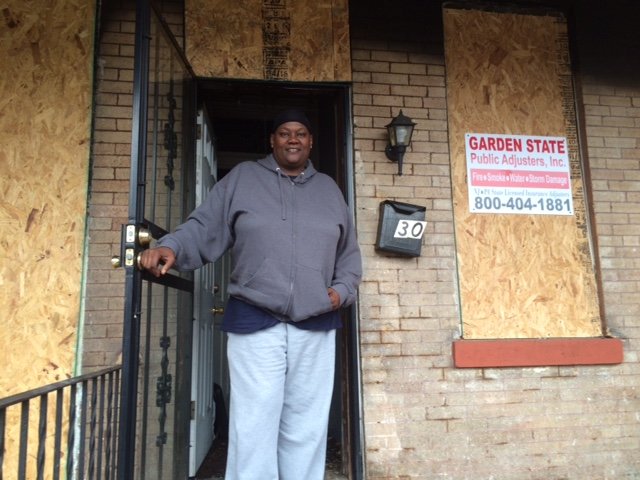 Carol Lindsay, 53, and her 80-year-old mother with Alzheimer's, were burned out of their home Friday morning on Haddon Avenue in Camden. Her 29-year-old son, Jamal Lindsay, who was staying, over hoisted his bed-ridden grandmother up and out of the building. Carol Lindsay has lived in the home her entire life. An evicted tenant just next door to the Lindsays is suspected of returning to her apartment and setting the blaze sometime around 4:30 a.m. Friday.

As of Saturday, Williams is being held on $35,000 bail, charged with burglary, making terroristic threats and using juveniles to commit a crime.


A spokesman for police added the investigation is continuing.

No charge has been brought yet for the suspected arson.

Neighbors said on Saturday Williams lived there with five children and had returned to the apartment several times after her eviction.

They also said they believe she or the children broke in through the plywood-covered back of the home.

Also last week, another evicted tenant was charged with a crime in Camden.

James Peterson, 32, was arraigned late Thursday on two counts of first-degree murder in the shooting deaths of 50-year-old Richard Lincoln and 33-year-old Angel Martinez, both of Camden.

Peterson is held in the Camden County Jail on $2 million bail.