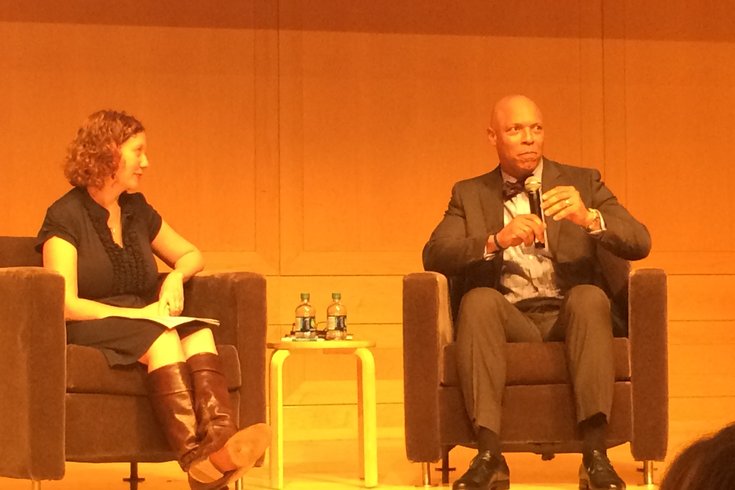 The Philadelphia school system is not performing up to the minimum requirements set forth by the Pennsylvania state constitution, a panel of experts said on Monday.

Dr. William Hite Jr., superintendent of the School District of Philadelphia, echoed the panel's sentiment, saying he too believes that, largely due to "funding inadequacies," the school system isn't providing the "thorough and efficient" education – mandated by the constitution – to the children in its care.

The comments came during a discussion at the National Constitution Center that focused on a basic question: does the state constitution guarantee an "equal education" to all children?

"This is about leveling the playing field so that every child in our commonwealth has access to education," said Lipman.

On the same day when the School Reform Commission authorized $250 million in loans to keep the city's schools in operation during the state's budget impasse, members of the panel lamented that the school district remains "woefully underfunded"  and many argued that teacher pensions are a massive drain on already thinly-stretched school funding.

In fact, Gleason said the $70 million generated for the city's schools through a new cigarette tax that went into effect last year would never make it into classrooms to improve education for the children.

Instead, he said, within two years, the funding would all be spent directly on pensions.

"It's sucking money away that could be used for new materials in classrooms and things like that," he said.

"It's causing the 'gray hairs' to win and the children to lose," agreed Cooper, referring to the pensions of older teachers.

The panel members noted that, in the Philadelphia public school system, 78-percent of students are impoverished, while only about 60 percent of all students graduate high school.

Also, in order to retain students and help more kids graduate, members of the panel argued that education must evolve with students. "We are still fundamentally educating kids, in 2015, in the same ways we educated them 70 years ago," Gleason said.

A familiar theme throughout the discussion was that the district allows children of privileged families to have better opportunities than children from low-income families.

Too often in the city, they argued, where someone lives impacts the quality of education. As a result, families with economic means can afford to live in areas that offer better school options, including charter and magnet schools.

In a one-on-one chat with Graham, Dr. William Hite Jr. acknowledged the panel's concerns and noted that he also would like to see education opportunities improve for all children in the city.

He agreed that "one thing that should never happen" is children being shut out of a quality education due the neighborhood or the zip code where they live.

When the state government finally frees up school funding, Hite said he'd like to change that, by working to support neighborhood high schools so that everyone has "high-quality schools in their neighborhood."

Neighborhood high schools "are still not in a place where they are serving the needs of students and families in these areas," he said.

Also, Hite said, he'd like to increase funding for pre-K programs and reach a contract agreement with the Philadelphia Federation of Teachers union.

"I'd double down on early childhood [education]," Hite said when asked what programs he hopes to improve. "Kids who start behind, tend to stay behind."

Concerning an agreement with the city's teachers union, he said that if the district could afford it, he'd like to come to an agreement for a contract as soon as possible.

"It's worthy of some investment and we have to see that this year," he said.