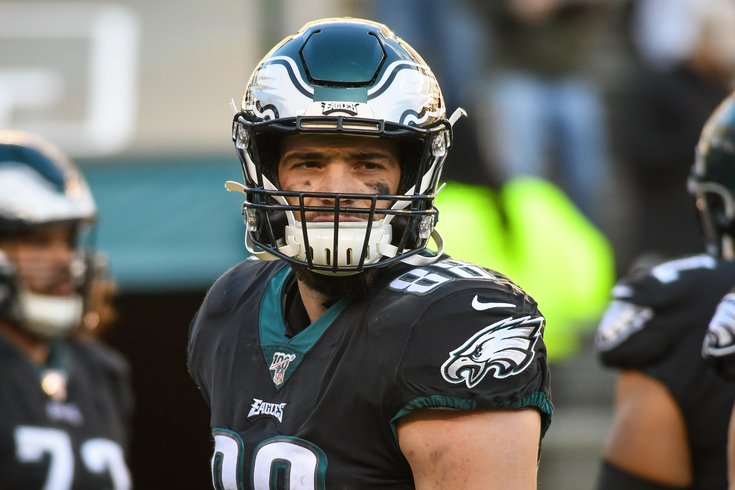 Whether an injury has decimated your roster already (thanks to injuries to guys like Marlon Mack, James Conner or Le'Veon Bell), or your team flat out stinks already, good fantasy football team owners should be looking to improve their team every single week.

And in our never-ending goal to help the entire NFL-consuming world improve it's level of fantasy football acumen, we've decided to give you a player (or two, or three) at each position to consider adding to your roster, should you have the need.

Here's a look at some players to target on the waiver wire ahead of Week 2 action:

Burrow's numbers in his first NFL start didn't jump off the page, but the eyeball test tells a different story. The No. 1 overall pick looked more and more comfortable on the field as their Week 1 game went on, and he nearly led a comeback win against the Chargers. He also showed he can use his feet in the NFL, running for his first pro touchdown.

Burrow isn't a must-start, but finding him on waivers and stashing him is probably a smart play if you have the roster spot. He may pan out as a killer injury replacement or eventual stud. Don't miss out.

Marlon Mack is done for the season, and everyone is anointing Jonathan Taylor as the biggest beneficiary. That may be true, as the rookie running back should ascend to get the most touches going forward, but he isn't the only beneficiary.

Hines showed his veteran presence and bulk is worthy of red zone carries, scoring a touchdown in Week 1. And now, he will become the de facto No. 2 with Mack out. He should be rostered in all leagues and is an important handcuff and spot start candidate.

Amendola was the surprise leader in receiving for the Lions, with a healthy Matthews Stafford throwing to him over Marvin Jones, with Kenny Golladay, who has no guarantee to play in Week 2, listed as inactive in Week 1. While there is no guarantee that will continue going forward, the former Patriots wideout is worth targeting on waivers if you have a need at wide receiver.

It looks like Amendola is the kind of pass catcher who won't do anything flashy and perhaps doesn't have a super high ceiling for production, but has a moderately high floor and can help if you have depth issues.

Goedert, the "No. 2 tight end" on the Eagles depth chart, had over 100 yards and a touchdown in Philly's season opener. He is not just a depth or handcuff play for Zach Ertz, he is a legitimate startable option every week, and any league with him not on a roster is missing out on a big opportunity.

Defense to stream: Browns (vs. Bengals)

With rookie Burrow still a rookie, and their offense underachieving in Week 1, the Browns appear to be a reasonable bounce back addition after folding against the Ravens in Week 1.