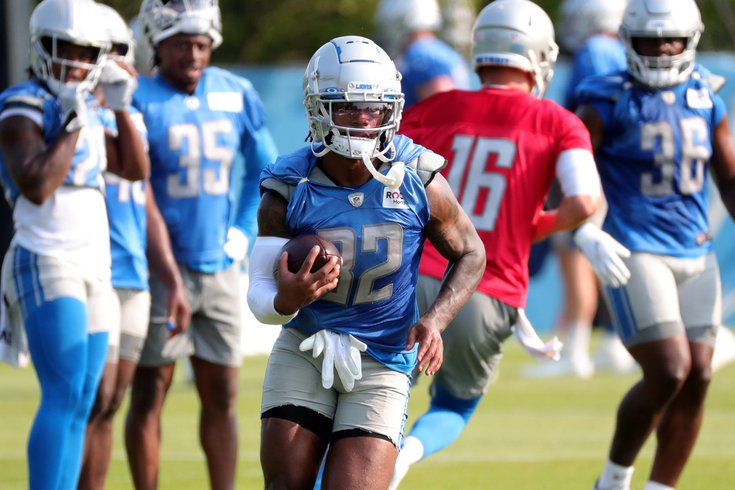 D'Andre Swift could be a stay away in Week 1.

It's Week 1 for your fantasy squad and you are probably content to use your starting lineup, just as you intended to in your draft.

However, there are still matchups to consider, and perhaps one of the players you intended to save for later in the season, or have on the bench as a backup, is better suited to start for your squad in the season's first week.

Each and every Wednesday, we'll detail a player at each position we think it would be smart to start, and to sit, based on their upcoming matchup or recent play. We won't be telling you to start the obvious suspects, like Patrick Mahomes or Dalvin Cook — those are no-brainers to start ever week they play.

We will, however, be finding some matchup gems who may be borderline in your mind, and perhaps we can give you the inspiration to go against the grain — and maybe your league's point projections — to help you snag a win.

The Chiefs defense is a middle-of-the-pack unit and the Browns will have an upset on their mind as Mayfield looks to continue a spurt of throwing for 250 yards in five of his last six regular season games. He'll have a full and healthy plethora of weapons to target and seems like a safe start for those lacking a top-5 QB on their fantasy team.

This one is kind of obvious, and some of you may not have any choice but to start a rookie, but the odds of a new QB going bonkers in his NFL debut are slim. It is best to be patient with this group of signal-callers, and once they start to find their footing they can become your regular starters.

Edmonds, at least for now, assumes the role of lead back in Arizona. Those are the kinds of running backs you want to start in Week 1. As opposed to the guys competing for carries or those whose roles are unclear, we know at least to start that the veterans will get touches in Week 1. Against Tennessee, Edmonds faces a defense that allowed 18 rushing touchdowns last year, the third most in the NFL.

Swift had a rough go if it this preseason and has a groin injury to add to his struggles. The Niners have a strong rushing defense, and Swift would be splitting carries with Jaamal Williams anyway, a player who could become fantasy relevant this season if Swift does start and struggle.

Meyers has emerged as a favorite target in New England, particularly this preseason, and rookie QB Mac Jones will rely heavily on the reliable mid-field targets he has when he makes his NFL debut. In addition, Miami allowed the fifth most passing yards last season. Meyers is a smart start in your FLEX spot or at WR3.

Golladay will be making his debut in a completely new offense, with a below average quarterback, and with a nagging hamstring injury that has cost him practice time. In addition, the Broncos had a stud defense last year, allowing just under 240 passing yards per game. Avoid the Giants pass game at least for now.

The Bills had the second worse defense vs. tight ends in 2021, and Ebron is the starter in Pittsburgh — for now. If you are streaming tight ends, Ebron isn't a bad play, and one to make before rookie Pat Freiermuth steps up to potentially take his role as the Steelers starting tight end.

Not only is the Indy tight end expected to be splitting reps and targets with Mo Alie-Cox, Carson Wentz' issues with injuries, COVID and learning a totally new offense (and vibing with a new locker room) makes the Colts passing game a stay away in Week 1.