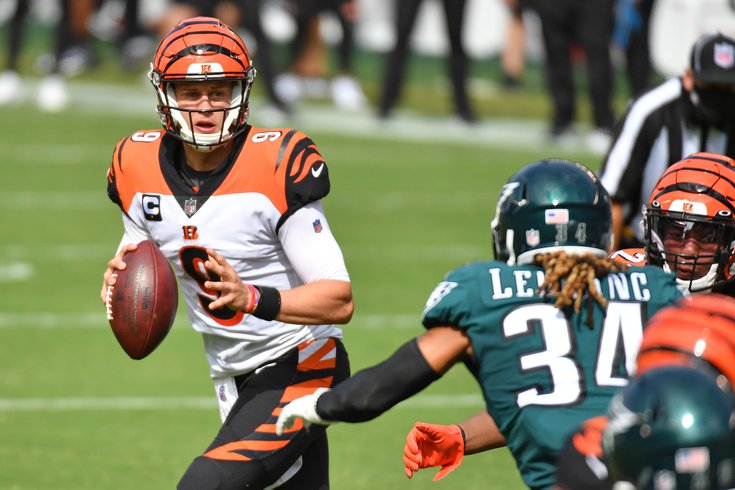 We're in the meat of your fantasy season, and it's the time of year where really paying attention to things on the stat sheet and injury ledger could make the difference between winning and losing.

In addition to making the right decisions with your starting line up, adding reinforcements through the season is of great importance. Which is why we've singled out a player (or three, actually) at each position we recommend you spend some of your waiver wire cash on in the middle of this week:

Somehow, Joe Burrow is owned in just under 50% of ESPN fantasy leagues. It sort of makes sense. He's a rookie, and his team is pretty bad. And there are tons of other great options at the quarterback position. But after throwing for 406 yards in a memorable shootout against the Browns this past Sunday (and earning 41.4 fantasy points!), it might be time to consider him as a playable option. If he's still listed on the wire, he's probably the most exciting playmaker available.

There is a real possibility both Chris Carson and Travis Homer are out for Week 8 against the Niners. Even if Homer is healthy, Hyde will be the workhorse back for the Seahawks — and finding a starting running back on waivers is a rarity these days. Hyde had 15 carries for 68 yards and a score against the Cardinals in the wake of Carson's injury. That is a safe assumption for the floor for Hyde performing as RB1.

Shepard was gone for a while due to injury but he's back now, and New York's passing game seems to finally be back and firing on all cylinders. Daniel Jones can throw to Evan Engram, Darius Slayton, Golden Tate or Shepard, giving him a lot of options and giving fantasy owners a lot of boom-or-bust potential. Think of their offense as a poor man's Cowboys (before Dak Prescott got hurt). Rostering Shepard is a smart idea for someone in need of wide receiver help, as the Giants play in the lowly NFC East and will surely be posting some offensive numbers, win or lose, this season.

Sometimes it's smart to wait and see. Sometimes it's smart to pounce. In Cleveland, with Odell Beckham Jr. out for the rest of the season, quarterback Baker Mayfield has shown his love of having a tight end to throw to. Or two. The problem is, Austin Hooper — who missed Sunday due to appendicitis — may return, making one of the aforementioned tight ends expendable. But one of this duo, which scored three touchdowns in Week 7, will be red hot and on the same page with Mayfield next week. If you're in bad shape with tight ends, a flier on one of these guys may pay off.

Defense to stream: Chiefs vs. Jets

The Jets are 19.5 point underdogs. Snatch this defense if it's out there.