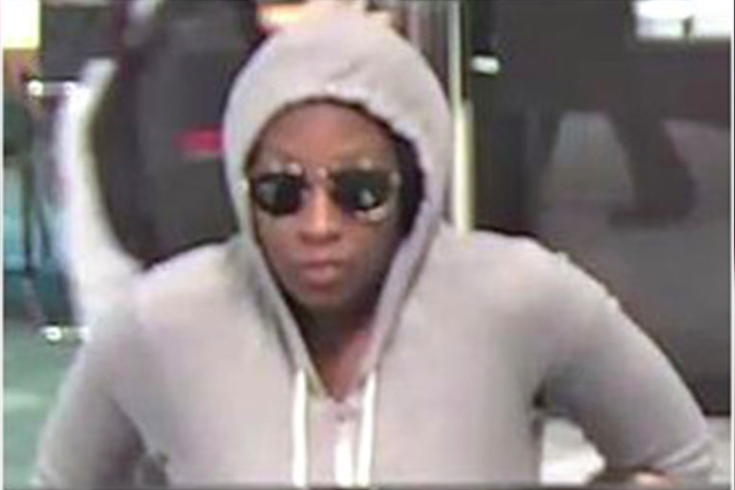 The Philadelphia Police Department and the FBI are seeking help from the public to identify and locate a female suspect responsible for robbing a TD Bank in Center City last Saturday.

Authorities say the incident took place around 3:55 p.m. at the TD location on 1900 Market Street. The female suspect, captured in a surveillance photo, entered the bank and handed the teller a demand note. The teller turned over an undisclosed amount of cash and the suspect fled the area of the bank.

The suspect is described as a black female in her mid-twenties, about 5'5'' with an average build. She was last seen wearing a gray zip-front hooded sweatshirt, black pants with a gray stripe down each leg, black gloves, gold-framed sunglasses, and Brown Ugg-style boots.

Police warn that the suspect is considered armed and dangerous.

Anyone with information about the robbery or the suspect is urged to call the FBI at 215-418-4000 or the Philadelphia Police Department at 215-686-3220. There may be a reward for information leading to the suspect's capture.