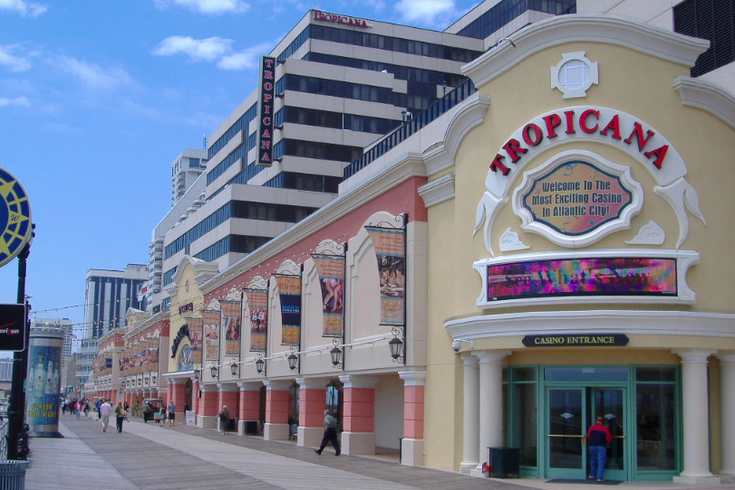 Authorities in Atlantic City announced charges Wednesday against a man who allegedly used his hotel room as a makeshift methamphetamine lab, possibly causing a fire yesterday morning at the Tropicana Casino and Resort.

Officials received a report of a fire around 9:45 a.m. on and discovered that the flames were contained to a single hotel room on the 44th floor of the resort's West Wing.

Several floors of the hotel were evacuated as a precaution, but the blaze was quickly extinguished and no injuries were reported at the scene. The occupants of the hotel room were not present at the time of the fire.

Police were called into the investigation when firefighters discovered a meth lab inside the hotel room. A hazmat unit from the New Jersey State Police was brought to the scene to dismantle the equipment.

Surveillance footage from Tropicana revealed that three individuals had fled the room and the hotel before security personnel and first responders arrived. Detectives were able to identify two males and a female seen in the hotel's security feed.

All three individuals were later located by detectives around 9:45 p.m. in the 2400 block of Pacific Avenue in the city. They were taken into custody without incident and two were released with no charges filed.

The third individual, identified as 49-year-old Michael Pillar, of Whiting, was arrested and charged with maintaining a controlled dangerous substance production facility, possession of methamphetamine and criminal mischief.

Pillar is being held at the Atlantic County Justice Facility.

Wednesday's arrest comes amid increasing reports of a national resurgence of crystal meth, which has received less attention in recent years as law enforcement officials and the public grapple with the deadly toll of the opioid epidemic.

Anyone with information about the Tropicana incident is urged to contact the Atlantic City Police Department Special Investigations Section at 609-347-5858.