With public displays canceled by COVID-19, more Americans appear set on holding their own shows 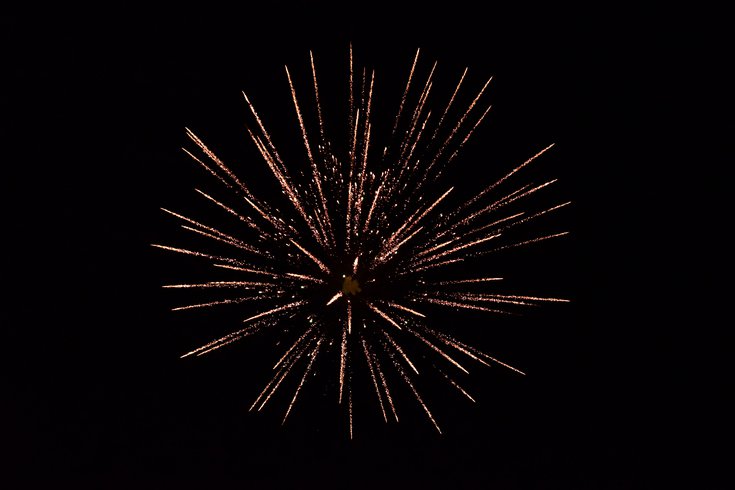 Fireworks have become a tradition of Fourth of July gatherings, but Philly health experts urge people to follow safety tips.

This Fourth of July is going to look at lot different than in years past because of COVID-19. Besides smaller gatherings and lots of social distancing, many public fireworks displays have been called off.

Health experts fear more Americans may choose to create their own display to celebrate Independence Day, increasing their risk for serious – and sometimes fatal – injuries.

Firework sales have surged this year. The American Pyrotechnics Association projects an all-time high in consumer firework sales. William Weimer, vice president of Phantom Fireworks, a large national retailer, told Slate that his company's sales have increased by 15% across the country, noting sales were particularly strong in the northern states.

"Across the country, there are approximately 10,000 firework-related injuries a year," Dr. Robert McNamara, chair of emergency medicine at Temple University's Lewis Katz School of Medicine, told PhillyVoice. "At Temple, we have already seen a few because of recent events."

McNamara was referring to the almost nightly serenade of fireworks the city has witnessed during the last few weeks.

Though firework-related injuries are more prevalent during the summer, Virtua Health hand surgeon Dr. Eric Strauss said they occur year-round. And it's not just the amateurs that are getting hurt. Sometimes, it's professionals.

The most common firework injuries damage the hands, neck, arms and face. The components of fireworks – gunpowder, sulfur and charcoal – also can damage a person's vision.

Strauss compared the most devastating firework-related injuries to wartime injuries – broken bones, damaged nerves and lost limbs. A firework exploding inside a closed hand will cause the most damage, he said.

In some cases, firework injuries are deadly. In 2018, at least five people died from a fireworks-related injury, according to the U.S. Consumer Product Safety Commission. This year, there already have been two deaths in Pennsylvania.

"Burns are another common injury, especially from sparklers which are often given to kids who might get scared and drop them," Strauss added. Sparklers can reach temperatures of almost 2,000 degrees very quickly.

McNamara and Strauss said bigger spikes in firework-related injuries stem from greater amateur use, emphasizing that fireworks are explosives and shouldn't be handled by anyone but professionals.

For anyone set on setting fireworks off at home, Strauss and the American Red Cross offered a few important safety tips:

• Before even buying any fireworks, check to make sure they are legal where you live. This year marks the first time Philadelphia residents are legally permitted to set off certain fireworks – including ground-based fireworks, firecrackers and Roman candles – in the weeks leading to the Fourth of July. These fireworks have been legal elsewhere in Pennsylvania since December 2017. In New Jersey, only sparklers and certain non-aerial devices are legally allowed to be sold without a permit.

• Always follow the instructions on the packaging. Store the fireworks in a cool, dry location away from children and pets.

• Never point a firework in a direction where people or animals are standing. Also, set them off away from cars, homes and any flammable material. The American Red Cross recommends that people keep a supply of water close by as a precaution.

• Only light one firework at a time and don't hold the firework in one hand and the lighter in the other. Keep the fireworks away from your body as you light them and back away quickly after it is ignited.

• Never relight a "dud" firework and dispose of it safely. As a surgeon, Strauss said he sees a lot of injuries from people relighting fireworks.

• Never let children handle fireworks, even with adult supervision. Most firework-related accidents involving children occur while an adult is present.

Remember that injuries also can happen to spectators, experts warned. It is important to always keep a safe distance from any firework display.

Anyone who is injured by a firework should immediately visit the Emergency Room.