A five course meal that celebrates Spring and whiskey

What happens when you combine Dad's Hat Rye with smoked pork bellies? 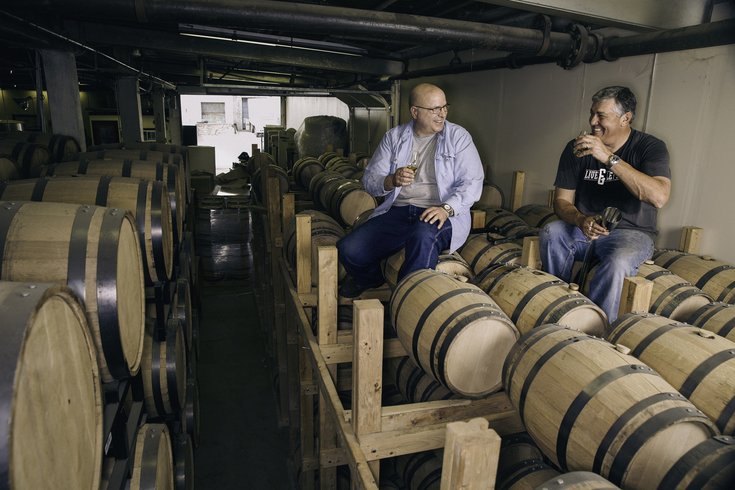 Herman Mihalich (on the left) and John Cooper are the founders of Dad's Hat Rye.

Love the spicy taste of rye whiskey? Here's a five-course whiskey dinner just for you.

West Chester's Roots Café, located at 133 E. Gay Street, is partnering up with local award-winning distiller Dad's Hat Rye in a multi-course meal that pairs various version of the hard spirit with food inspired by the Spring season.

Dad’s Hat Rye’s co-founder John Cooper will be there to provide tasting notes. “It will be a fun, informative and really tasty experience,” said Chef Dan Merola. Reservations are recommended for the $80 per person dinner scheduled for Wednesday, April 3 from 6 to 10 p.m.

Here’s the menu for the five course feast:

RELATED: The PLCB is auctioning a 70-year-old bottle of whiskey; the starting price is $25,000 | Drink up, 'Game of Thrones' fans, Johnnie Walker is releasing GOT-inspired whiskey

Dad’s Hat Rye based in Bristol, Pa., was awarded Whisky Advocate's  Craft Whiskey of the Year Award in 2016 and recognized by Wine Enthusiast as one of “The Top 100 Spirits of 2015.”  Esquire magazine also named the distillery’s Classic Rye as “the best whiskey in Pennsylvania and the 7th best whiskey produced in the U.S. outside of Kentucky.”