Five matchups to watch today between the Eagles and Saints 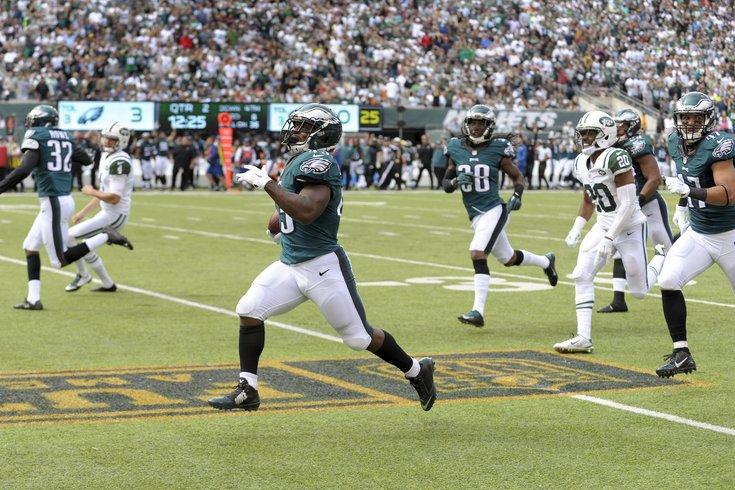 Darren Sproles could take advantage against a pair of Saints rookie linebackers. If, you know, the Eagles 'execute.'

The Eagles are 1-3 heading into their Week 5 game against the 1-3 New Orleans Saints. Last week the Eagles could not take care of business against a bad Redskins team. Today they'll get a chance to redeem themselves against another bad team. Here are five matchups to watch this week between the Eagles and Saints.

1) The stoppable force vs the movable object

In 2012, the Saints defense set a dubious all-time NFL record when they allowed 7042 yards of total offense, which was just over 440 per game. That season, they gave up 6.5 yards per play. So far in 2015, the Saints D is allowing 381.5 yards per game, which is bad, but certainly not nearly as historically bad as they were in 2012.

However, they are allowing 6.5 yards per play this season like they did in 2012. No team has given up that many yards per play since those 2012 Saints.

If there's a team that the Eagles can finally get some momentum going against offensively, it's the Saints, especially in the passing game. Here are what opposing quarterbacks have done to the Saints this season:

And that's not exactly Aaron Rodgers, Peyton Manning and Tom Brady on that list.

To note, the Saints will get CB Keenan Lewis and S Jairus Byrd back from injury this week.

Saints rookie Andrus Peat is starting in place of regular starer Terron Armstead today. You may remember Armstead from his performance against Trent Cole in the playoffs after the 2013 season, when Cole didn't get a whiff of Drew Brees. Peat is a talented player, which is why the Saints made him the 13th overall pick in the 2015 NFL Draft, but he is a rookie making his first NFL start.

Brandon Graham got his first sack and his first forced fumble of the season last week in Washington. Peat presents an opportunity for Graham to keep his positive momentum going forward.

The Saints have a pair of rookie linebackers having impressive first seasons in New Orleans. They are MLB Stephone Anthony and OLB Hau'oli Kikaha. Their numbers:

The Eagles have been successful getting their running backs open on wheel routes this season. They just haven't executed. Anthony and Kikaha have never had to cover anyone like Darren Sproles in a real game in their lives.

The Saints have a Darren Sproles-like player of their own in C.J. Spiller who killed the Cowboys last week in overtime on a wheel route similar to the one the Eagles like to run. (Not sure what's going on with Al Michaels' and Cris Collinsworth's voices in the following clip, by the way):

The Eagles will want to be sure that Jordan Hicks or one of the safeties draws responsibilities on Spiller. They do not want DeMeco Ryans covering him.

5) Drew Brees vs the Eagles' secondary

Drew Brees is actually a very similar quarterback to the ones the Eagles faced in Weeks 3 and 4, in the sense that Brees is a player who look to get rid of the football instead of eating sacks. Now, obviously, Brees is far better than Ryan Fitzpatrick and Kirk Cousins, but the Eagles' approach to defending him will probably be similar. Brees is short by NFL QB standards, so the Eagles will want to push the pocket and shrink his throwing lanes, like they did effectively against Fitzpatrick Week 3.

That five- or six-sack game probably won't come against Brees, but if the Eagles can generate a good pass rush on him, they can force him into ill-advised throws.